Recently, Nawab of Junagarh Mohammad Jahangir Khanji appealed to Prime Minister Imran Khan to become an ambassador of Junagarh as he did in the case of Kashmir and highlight the issue of liberation of the state from Indian occupation at all international forums 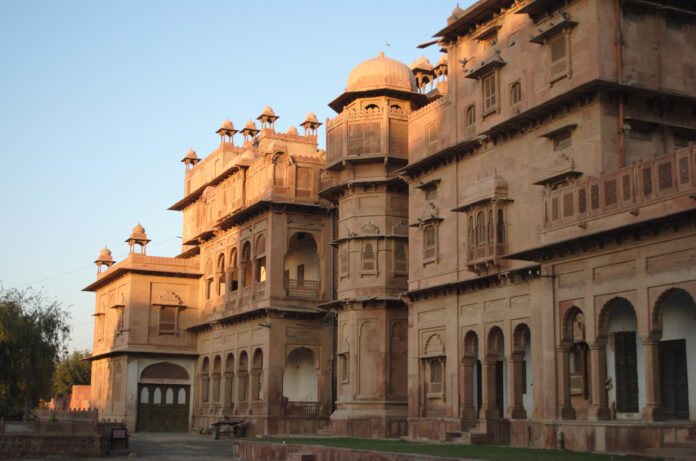 Junagarh, a lurking political crisis, a territorial dispute between two neighbours, and a princely state under Indian occupation, as Pakistan has a rightful claim on the territory of 4,000 square miles and a 100-mile coastline along the Arabian Sea with many ports.

Junagarh is a district in the Indian state of Gujarat; located on the Kathiawar Peninsula. Junagadh’s accession to Pakistan on September 15, 1947 was the first test of the Indian Independence Act of July 1947, which allowed the princely states to accede to either of the two dominions.  The Muslims of Junagarh still observes November 9, 1974 as a black day of Indian occupation on their homeland. Ever since the Indian occupation, royal family legal heir of the princely state has never let their lawful claim of Junagarh being part of Pakistan, as people of Junagarh acceded to Pakistan after partition, but Indian forcibly entered army to occupy the land.

The mobilisation of Indian defence forces in the lead up to the accession of Junagadh in November 1947 and the management of violence directed at Junagadh’s Muslims afterwards are yet another instance of the forcible incorporation of Indian princely states and Indian Muslims into the reconstructed post-colonial state. Present in this matrix were also the ‘sub-states’ within Junagarh and the attendant questions of their autonomy, an instrumentalist alarmism about popular will and unrest and a hastily conducted referendum. These aspects of this contested accession have remained overshadowed in the historical record.

The notification of this accession in the newspapers outraged New Delhi. The government of India on September 17, 1947 dispersed troops around Junagarh. As a result, the government of India resorted to two other tactics in order to bring Junagarh into line. The first was an economic blockade of the state, which choked the state of food and materials by the end of October, 1947. The second tactic was the Arzi Hukumat (provisional government), which was set up under the leadership of Samaldas Gandhi, a nephew of Mahatma Gandhi, under the auspices of the government of India in Bombay.

Along with this, India also placed huge contingents of state and dominion troops along the border with Junagarh, Thus, the issue had reached stalemate with neither side willing to compromise with a looming Indian attack on the virtually defenceless Junagarh.

The deteriorating security, food and economic situation of Junagarh made it easier for India to take over the state. The Nawab, together with his household, left the state by the end of October to Karachi, leaving the state administration in the hands of the Dewan.

Thereafter, the government of India took over the administration of the state on November 9, 1947. The government of Pakistan reacted strongly to this action. Later on the plebiscite on February 20, 1948 under the control of Indian army manipulated in favour of India, that Pakistan never accepted these results and to date considers Junagarh a legal part of Pakistan.

Recently, Nawab of Junagarh Mohammad Jahangir Khanji appealed to Prime Minister Imran Khan to become an ambassador of Junagarh as he did in the case of Kashmir and highlight the issue of liberation of the state from Indian occupation at all international forums.

He said that Pakistan took the case of occupation of Junagarh to the United Nations Security Council.  “The occupation was against the international law and norms,” he said, adding that a living nation should remember its history and act accordingly. The Nawab said that Junagarh was part of Pakistan and it would remain so.

“The occupation of Junagarh by India violated Article 26 of the Vienna Convention on Law of Treaties and the state should be merged with Pakistan”, he said.

On August 5, 2020, Pakistan had approved and released the new political map of Pakistan, which includes territories of Jammu and Kashmir and a part of Ladakh. The map also included Junagarh, Manavadar and Sir Creek in Indian Gujarat as part of Pakistan.

The geo strategic importance of Junagarh and access to Arabian Sea give it a unique importance for regional trade route. Pakistan’s claim has a legal standing in the eye of international law and the UN must act accordingly to ensure protection of Muslim citizens of the state and peaceful resolution of this long standing territorial disputes between two states. Meanwhile Pakistan must continue diplomatic efforts to keep highlighting this on global level and to remain hopeful with diplomatic efforts to resolve 73-year-old dispute by UN intervention in favour of Pakistan.

Burden of the Umbrella

An umbrella signifies protection, and those who cannot carry its burden should not be in the arena. Most insurance companies in the wWest use...
Read more
Comment

Monday March 22 was another tragic day for the Rohingyas. The tragic occurrence that day was an immense fire that swept through the Balukhali...
Read more
Comment

It is said that knowledge is power, but it also implies that ignorance is bliss. It is a paradox that both maxims fit into...
Read more
Comment

On April3, 2021, there was a pitched battle between a Naxalite (or Maoist) group (called “rebels”) by Indian government) and government forces of over...
Read more
Comment

Human rights violations and freedom of press are intertwined. During the last decade, the Indian mainstream media is on survival mode with a bleak...
Read more
Comment

Dynastic politics and the archaic colonial system of governance, with inbuilt avenues of corruption, have been the bane of socio-economic development and strengthening of...
Read more
- Advertisment -