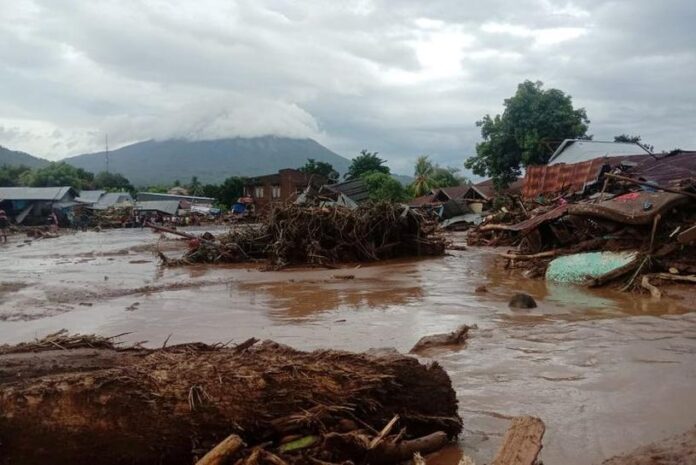 JAKARTA: The death toll from floods and landslides triggered by the tropical cyclone Seroja in a cluster of islands in southeast Indonesia rose to at least 55, with 40 still missing, the disaster agency BNPB said on Monday.

At least 400 people in the East Nusa Tenggara province, which comprises of several islands, were evacuated after their homes were hit by flash floods, landslides and strong winds amid heavy rain brought by the cyclone, the agency said.

Several bridges collapsed, trees fell and blocked some roads and at least one ship sank as the cyclone also triggered high waves, complicating search and rescue operations, the BNPB said.

President Joko Widodo offered his condolences and urged residents to follow the direction from field officers during extreme weather.

“I have ordered for disaster relief efforts to be conducted quickly and well, for example for health service assistance, availability of logistics and basic needs for the displaced and the reparation of infrastructure,” he said in remarks streamed online.

Local officials said the death toll had risen to over 100, but BNPB said it was unable to confirm that.

On Sunday, a Reuters witness reported three deaths in neighbouring East Timor from a landslide on the outskirts of its capital, Dili. There was no official toll of casualties on Sunday.

The Seroja cyclone hit the Savu sea southwest of Timor island in the early hours of Monday, Indonesia’s weather agency said, warning that it could bring yet more rain, waves and winds.

Extreme weather in the Nusa Tenggara area has obstructed the distribution of oil fuel there, state energy firm Pertamina said, with a filling station, a kerosene shop and four tank cars flooded.

Pertamina has alerted fuel terminals in nearby islands to support the supply of fuel to the impacted region, it said.