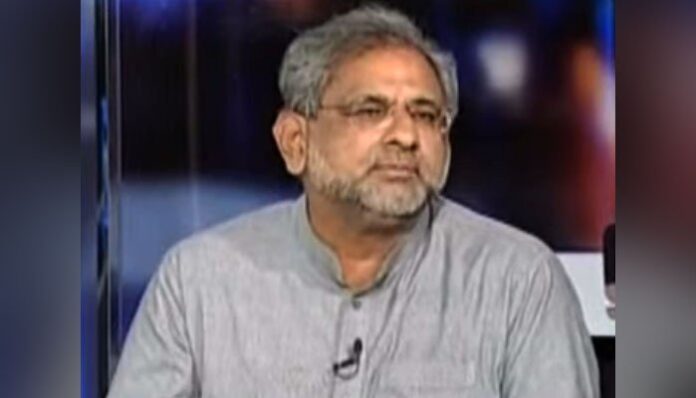 Pakistan Muslim League-Nawaz (PML-N) senior leader Shahid Khaqan Abbasi on Wednesday said that the Pakistan People’s Party (PPP) will have to rebuild the trust they have lost.

Abbasi, while speaking to anchor Hamid Mir on his show “Capital Talk”, said: “The confidence that we had in PPP — at least I will say this as my personal opinion — has taken a significant hit after whatever happened in Senate.”

“I have very little confidence left in them. Now they will have to rebuild that confidence and I believe this is my party’s opinion as well,” he added.

In response to a question, Abbasi maintained that the PPP was not forced to round up votes for Yousaf Raza Gillani. He said that they had purposefully sat and negotiated with other parties.

“You sat down and arrived at a decision with other parties, and then you backtracked. You could have asked the PDM to review the decision,” said Abbasi, as he continued to express his disappointment.

PPP Chairman Bilawal Bhutto-Zardari on Saturday had PML-N’s candidate for leader of the opposition in Senate, Azam Nazeer Tarar, was a “controversial” choice.

The PPP chairman had been speaking at a press conference in Karachi after PML-N Vice President Maryam Nawaz’s media briefing, wherein she had publicly criticised PPP for sacrificing everything for a “minor, inconsequential office.”

“How do you expect, given that we have the majority in the Senate, that I ask my party members to make PML-N’s Azam Leader of the Opposition and not Yousaf Raza Gillani?” the PPP chairman had asked in his response to her remarks.

Bilawal had said that it was a parliamentary tradition and a historic fact that the single opposition party in the Senate had the right to get its candidate elected as leader of the opposition.

“Everyone had aspired for Yousuf Raza Gillani to be the Senate chairman. There should have been no reservations in him getting elected as the Leader of the Opposition,” he had maintained.

While responding to a question regarding the critical role of four votes from the Balochistan Awami Party in this regard, Bilawal had said we all should know how difficult it was to get the former prime minister elected as a senator from the NA.

“The victory of Gillani on March 3 was a historical one,” he had said adding it was the first defeat of the “selected regime” at the hands of the opposition.

In response to a question, the PPP leader had said that he hopes to see the opposition’s alliance united as he had laid its foundation, adding that he knows how to use his coined term ‘selected’.

Bilawal had hinted about issues within the PML-N, which had them to take up issues with the PPP, and had said that the party would continue its struggle against the election of Senate chairman.

“Our struggle against the Senate chairman election will continue and we will use our legal right. We will request for a judicial review against [the IHC court] verdict,” he had said. “We are of the view that the presiding officer gave a biased and controversial decision and the post was snatched from him illegally.”