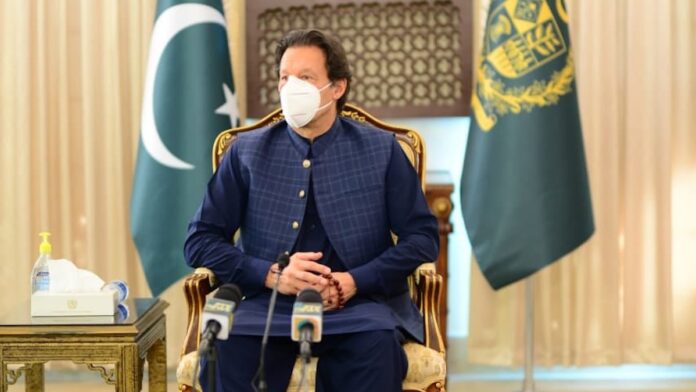 “On the advice of doctors and in accordance with national and international guidelines, he [Imran] has temporarily resumed official work,” Khan tweeted, urging the public to take precautions to prevent the spread of the virus.

The prime minister and his spouse had tested positive for the contagious disease on March 20, two days after the former had received his first vaccine dose.

When news of him testing positive for the contagious disease came out, the rumour mills went abuzz with speculation that the prime minister contracted the disease after vaccination.

But health experts said that it was likely Imran was infected prior to being vaccinated. The Centers for Disease Control and Prevention (CDC), national health agency of the United States, says that the vaccine does not infect patients with the disease, but those who may have contracted the virus before they are vaccinated can become ill after a shot because it takes a few weeks for the body to build immunity.

However, the Ministry of National Health Services (NHS), soon after the news broke out, clarified that Imran had not been “fully vaccinated” when he was diagnosed with the coronavirus.

It said that the prime minister had only received the first dose of the vaccine and that too merely two days ago, further explaining that the time frame was too soon for any vaccine to become effective. Antibodies develop two to three weeks after the second dose of two-dose Covid vaccines.

A number of high-profile politicians, including ministers, have tested positive for the contagious disease since it was first detected in the country in February last.

The nation on Tuesday registered 4,084 new infections of the coronavirus after conducting 46,269 tests, receiving a transmission rate of 8.83 per cent.

Reports suggest Pakistan is yet to fully utilise its testing capacity of 57,531, with daily testing significantly below numbers proposed by global health experts.

World Health Organisation (WHO) claims the country’s testing policies only record the most symptomatic patients while ignoring the spread among asymptomatic carriers, which studies suggest comprise the majority of infections nationwide.