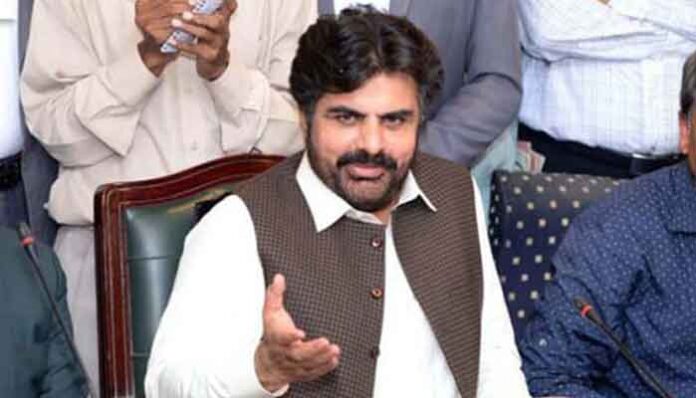 HYDERABAD: Sindh Minister for Information and Local Government Syed Nasir Hussain Shah on Thursday expressed his dissatisfaction over the issues of cleanliness, water supply and drainage in Hyderabad and warned the concerned officers to improve their progress, mentioning that stern action will be taken against the negligent officers in future.

Presiding over a meeting with the divisional and district heads of Hyderabad at Shahbaz Hall, the minister said that the issues of Hyderabad were brought into the knowledge of Pakistan Peoples Party (PPP) Chairman Bilawal Bhutto Zardari and Sindh Chief Minister Syed Murad Ali Shah by the local leaders due to poor progress of the city’s administration. “When the PPP chairman paid a surprise visit to Hyderabad city, Latifabad and Qasimabad last week, he witnessed poor cleanliness with garbage on roads, encroachments, potable water and drainage issues,” he added.

Nasir, while taking serious note of the situation, ordered the concerned agencies and government departments to ensure the supply of potable water to each and every area of the city. He directed for the early completion of all development projects, especially the drainage and sewerage schemes, before the coming rainy season to avoid mishaps and warned that the negligent officers will not be spared.

Sagheer and Ali informed the minister that the city is facing several issues of drainage since long. They told that if the problems of drainage and sewerage are not tackled on war footing, the coming rainy season could be disastrous for the city, adding that the katchi abadis are facing shortage of potable water.

The commissioner briefed the minister that the Sindh government never left Hyderabad and its areas abundant and even in the last year’s rainy season, the chief minister provided Rs70 million in emergency and the task of drainage of rainy water was achieved with the help of Pakistan army. He said that the progress of the civic agencies, including the municipal committees, is not up to the mark. He hoped that the Solid Waste Management will start working in the city and Kotri as well.

The commissioner pointed out that even the car wash stations, which consume maximum water, have not been brought into tax net. He stressed upon the Hyderabad Development Authority (HDA) and other agencies to improve progress and complete drainage and sewerage schemes before the coming rainy season. He also suggested for deduction at source of water supply from the government departments to help the Water and Sanitation Agency (WASA) for its financial sustainability and capacity building.

The deputy commissioner briefed the minister about the issues of the city in detail and urged that the WASA has to regularise water supply connections and control illegal connections for sustainable continuity. He further told the meeting that the drive against encroachments is going on and they need to expedite work on the ongoing schemes before the start rainy season.

The minister, on the suggestion of the Local Government secretary, framed a vigilance committee, headed by the deputy commissioner, to ensure that the development projects are completed in a timely and qualitative manner, the employees of civic agencies are not avoiding their duties and potable water is supplied without any delay.

The head of WASA briefed in a presentation that the city’s population is 3.225 million and they are going to add 12 mgd filter water to systems. He said that load shedding of electricity causes issues in the supply of water and urged for the release of additional funds for new annual development programme schemes of water supply, filter plants and drainage. He promised to complete the drainage and sewerage schemes before the coming rainy season to avoid issues.

Later, the minister visited Member Provincial Assembly Abdul Jabbar Khan and offered prayers on the demise of his sister.

ISLAMABAD: Renowned artist Farooq Qaiser, who became famous for his character as "Uncle Sargam" in the popular PTV show Kaliyan, has passed away at the...
Read more
CITY

ISLAMABAD: A passenger van plunged into a canal in the Sheikhupura district of Punjab on Friday evening leaving 11 people dead, including seven children,...
Read more
CITY

LOS ANGELES: The long-awaited "Friends" cast reunion will be broadcast on May 27 and will feature a slew of celebrity guests -- including Nobel...
Read more
CITY

ISLAMABAD: Federal Minister for Information and Broadcasting Fawad Chaudhry has congratulated the farmers and government of Punjab on the record production of 20 million metric...
Read more
- Advertisment -