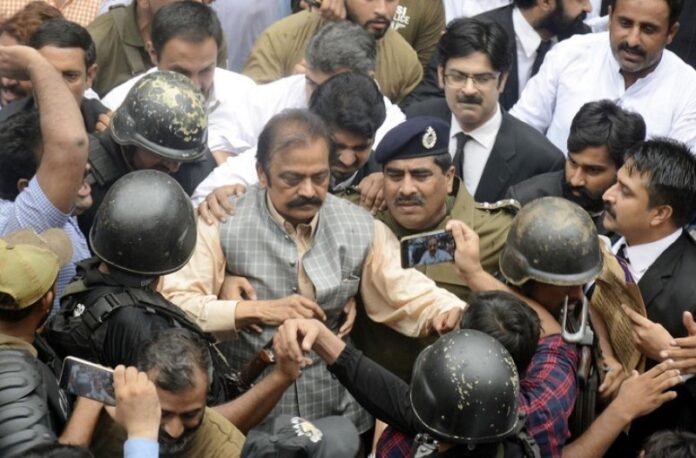 LAHORE: A special court for Control of Narcotics Substance (CNC) in Lahore on Saturday granted an exemption from hearing to PML-N Punjab president Rana Sanaullah Khan in a drug case.

During the proceedings, Presiding Judge Shakir Hassan also served notices on the people who had given surety of the suspects.

The accused’s counsel Farhad Ali Shah argued against issuing notices and said the step is of no effect.

The court also summoned Khan in the next hearing of the case for indictment.

In July 2019, Khan was arrested by the ANF Lahore team while he was travelling from Faisalabad to Lahore near the Ravi Toll Plaza on the motorway, claiming to have seized 15 kilograms of substance from his vehicle.

A special team of the force had also arrested five others, including the driver and security guards of the PML-N leader.

The FIR was lodged under Section 9(C) of the Control of Narcotic Substances Act, 1997, which carries the death penalty or life imprisonment or a jail term that may extend to 14 years, along with a fine up to Rs1 million.