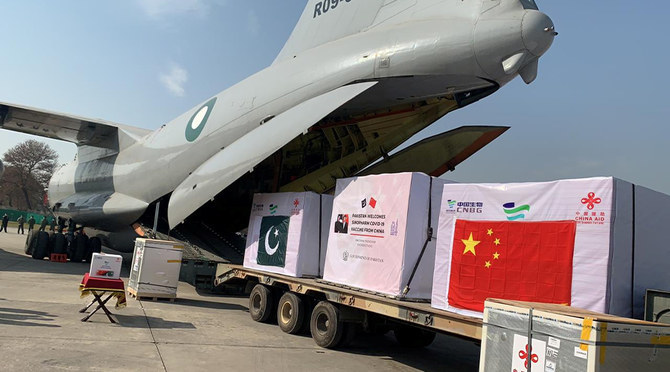 ISLAMABAD: The government will allow private companies to import coronavirus vaccines and has agreed to exempt such imports from price caps as the world scrambles to secure supplies.

The documents show the National Health Services, Regulations and Coordination division had sought a special cabinet exemption to allow for such imports while excluding the imported vaccines from the strict price cap regime that is typically applied to all drug sales within the country.

The federal cabinet, the documents suggest, has approved the proposal.

State Minister of Health Dr Faisal Sultan said that the government still planned to inoculate its population for free and only a “small minority” who wish to pay for the shots will have that option in the open market.

“Only those who wish to get it via private sector will pay anything,” he said. “Personally, my assessment is that when the vaccines are available and we have market competition, that will automatically set the prices.”

Pakistan began rolling out the anti-coronavirus jabs last week after receiving half a million shots of the Chinese Sinopharm vaccine.

As per the roll-out plan, the vaccine will first be made available to more than 400,000 doctors and frontline healthcare workers, teachers and social workers because they run the highest risk of exposure to the contagious disease.

After that, the shots will be provided to citizens over the age of 65, who generally face a higher mortality risk from the virus.

Pakistan received its first tranche of the Sinopharm jabs, given by China as a “gift”, on Tuesday last week. The shipment marked the first shots to be imported into the country where more than 550,000 cases of the disease have been reported since the outbreak in February last.

In addition, the government is due to receive a further 1.1 million doses of the Sinopharm vaccine by the end of this month, Foreign Minister Shah Mahmood Qureshi had announced late last month.

Separately, Special Assistant to Prime Minister on National Health Services Dr Faisal Sultan announced on Saturday that the government has secured 17 million doses of AstraZeneca’s vaccine through the World Health Organisation’s (WHO) COVAX initiative. Of these, he had said, about seven million doses will be available in the first quarter of the year and the rest by the end of 2021.

On Monday, the Pakistan Army donated a batch of Chinese jabs — delivered for the troops by the People’s Liberation Army (PLA), the armed forces of China — to the national vaccination drive.

“However, keeping with the Pakistan armed forces’ traditional spirit of ‘nation comes first, always and every time’ it has been decided to contribute the complete donation to the national vaccination drive [for] frontline healthcare workers across Pakistan who are the real heroes fighting against the pandemic and saving precious lives,” the statement said.

“Pakistan’s armed forces extend their deepest gratitude to PLA and the People’s Republic of China for this magnanimous donation during testing times,” it added.

With additional input from Reuters