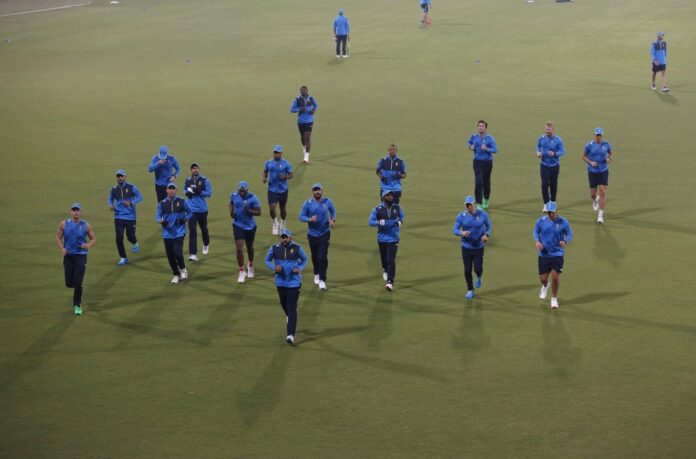 ISLAMABAD: South Africa captain Heinrich Klaasen says he underestimated the effect of being infected by the coronavirus.

“Covid[-19] hit me quite hard,” Klaasen said in an online news conference in Lahore, on the eve of a three-match T20 series against Pakistan.

He had played two T20s against England in late November, then was withdrawn from the third and last match on December 1 in Cape Town and isolated.

Three weeks ago, Klaasen warned fans on social media that Covid-19 was the real deal and he didn’t think it would be “this hard to come back.”

“It’s been a different season for me, I’ve played four games so far which has been very frustrating,” he said. “It’s been a tough two months since I tested positive on December 3.

“I’ve been working hard. It’s difficult to tell you how is my form, we will probably see after these three games, but I’m hitting the ball very nicely.”

Klaasen was handed the captaincy for the T20s in place of regular skipper Quinton de Kock, who returned home after losing the test series to Pakistan 2-0 on Monday.

They had to return home for a Test series against Australia, but only last week was that series postponed, and by that time a second-string South Africa T20 squad was en route to Pakistan.

Among the Proteas, only David Miller has experience of playing in Pakistan after appearing in the Pakistan Super League.

“The knowledge that he’s got on the ground and the way to play, it’s been good for us,” Klaasen said.

He believed the Proteas could compete against a formidable Pakistan side, which will be led by Babar Azam in the series which begins in Lahore from Thursday, followed by two more games over the weekend.

“We are by no means a second-string T20 side,” Klaasen said.

PARIS: Novak Djokovic has a real shot at becoming the first man in more than 50 years to win all four Grand Slam titles in...
Read more
Sports

A brilliant comeback by Islamabad United with the bat and later with the ball helped them trounce Lahore Qalandars in match number 20 of...
Read more
Sports

LONDON: US President Joe Biden reaffirmed his support for the Tokyo Olympics at a meeting with the Japanese Prime Minister Yoshihide Suga on Saturday,...
Read more
Sports

Mark Hensby’s second PGA TOUR event in three and a half years, the Palmetto Championship at Congaree, was going OK through eight holes of...
Read more
- Advertisment -