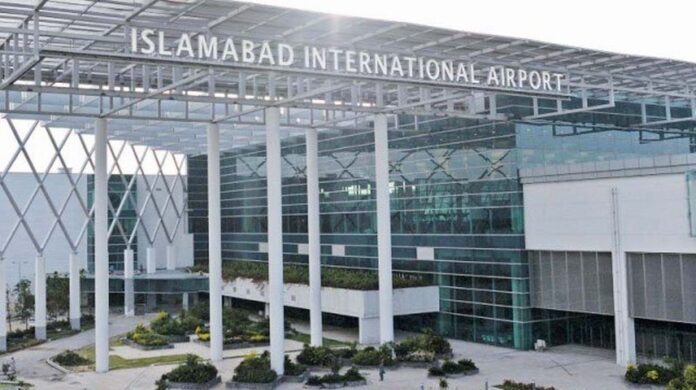 ISLAMABAD: The Airport Security Force (ASF) on Tuesday arrested two suspects from inside the Islamabad International Airport and recovered arms from their possession.

During a search operation, the ASF personnel searched a suspected vehicle parked in the parking lot of the airport and recovered a revolver, five magazines, 57 bullets, and six rounds from it.

The officials impounded the vehicle and the ammunition and arrested two people later identified as Hamza Iftikhar and Shafqat Ali.

The suspects claimed the arms were licensed but failed to produce the license papers.