A legacy of crime

The saboteurs within the system must be sought and eliminated 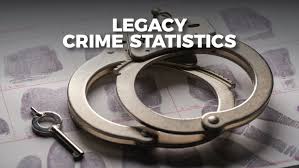 “Crime is a fact of the human species, a fact of that species alone. But it is above all the secret aspect, impenetrable and hidden. Crime hides and, by far, the most terrifying things are those which elude us.” -Georges Bataille

Panama leaks, Broadsheet blues, NROs sought and NROs given in providing escapes to criminals, exiled in disgrace only to return with trumpets blowing, weaving conspiracies remorselessly, denying truth unashamedly, spreading disinformation and inciting rebellion, looting, plundering, slandering, lying, resorting to invective in preference to engaging in a rational and pragmatic discourse, celebrating crime with pride and merriment– this and so much more reflect the varying hues and shades in which Pakistan is being painted on a minute-to-minute basis, without the slightest respite. So low is the sway of narrative that we have sunk to the bottom of the pit with no space left to fall any deeper.

Broadsheet disclosures are not only an indictment of the alleged criminals who decamped with assets of the state, but also of those rulers who conspired and contrived to make that happen. It is a sickening saga spread over more than two decades encompassing a dictatorship, two so-called democratic dispensations and lots and lots of people who were the beneficiaries of this spree of loot, and who were complicit in weaving ways and mechanisms for the guilty to walk away unscathed. It is as if the roots of this depravity were dug in deep and every plant that sprouted drank profusely from their putrid juices. There may hardly be a soul who survived the wicked drama.

But, instead of looking inwards, we complain endlessly about others, their conduct and their proclivities. In the process, we forget that we may be the pioneers of spreading the ailment which has now penetrated the veins of the entire society. Virtually no one has evaded its poisonous effects. But we lumber on, crossing one degenerative mark after another and alighting one belittling pedestal after another. The celebratory medals that we wear proudly upon our chests are in fact symbols of our degeneration.

There is another aspect which is even more worrisome than these rotten indulgences. Instead of castigating these acts by naming and shaming the criminals and pursuing them till they are held accountable and punished, the legions of apologists fed on the illicitly-earned billions start finding justifications for their crimes by becoming complicit with these bands of thugs and pillagers. It is as if they are comfortable among a large family of crooks happily perpetuating these humiliating enactments.

This legacy of crime and its attenuations spread throughout the governmental echelons constitute the roadblocks that the Prime Minister is faced with in his effort to cleanse the system of its ills and handicaps. As long as these parasites survive hidden in the alleys of power, it would remain a daunting undertaking.

There were also times, not so long ago, when such people were not even identified. They were mostly residing in the corridors of power who, ever so often, would let their whims run amuck to appease their insatiable lust and greed. No arm of law was long enough to catch them as they had their Qayyums and Saif ur Rehmans in abundance who were all too willing to be used to advance their nefarious designs in exchange for a few favours. The judiciary was subdued by despatching briefcases of silver to Quetta by one from their own ranks. The Chief Justice, who was suspected of giving an adversarial judgement, was toppled. As a last nail in the coffin, even the Supreme Court was attacked.

It is only now that an effort is being made to break this chain of rampant corruption and crime which has been perpetrated through decades, so that the country could be guided along a trajectory to progress and development. In going after these mafias, the Prime Minister has virtually placed his hands in the hornets’ nest with these gangs lined up against him with an express intent to sabotage the effort. The tribe of criminals thought that they have had the better of dictators and potentates in the past and that the Prime Minister would also fall in line, sooner or later, to save his government. But, to their utter angst and anger, he has proved to be of a different mettle. He has refused to give in to all kinds of manipulations to back off. In fact, increasing pressure and agitation have only made him more resolute in his cause. He has said often that he is willing to sacrifice his premiership, but would not compromise with criminals and their tribes of cronies, bootleggers and sycophants.

It is a horrid legacy of crime that he has inherited. With the state having been rendered naked of its attire, these people emptied its coffers and took its assets away to stash away in foreign lands. Panama leaks and Broadway blues provide only miniscule reflections of their crime and corruption. There is more, much more, which is yet to be discovered. One doesn’t even know whether the entire gambit would ever unravel because these people have got away with daylight murder in the past. Just imagine that they could ‘buy’ a whole medical board to stamp their fallacious claim that Nawaz Sharif was in a critical condition and must be flown out for treatment without any further loss of time. In the implementation of this plan, the judiciary lined up submissively alongside to let him take the plane on the basis of a simple stamp paper signed by that other alleged criminal, Shahbaz Sharif. They did not even allow the government to recover the amount of the fine which had been imposed on him by the Supreme Court. He went running up the staircase of the plane, casting a glance of disdain upon all and sundry.

This is not an exception in this wonder land. This is routine. Pakistan is also the country where a former Prime Minister, who sermonises much on the blessings of virtue these days, helped his Finance Minister escape the clutches of the law in his personal plane. We are still waiting for him to come back to face cases pertaining to grievous crimes that he committed during his endless tenure as the guardian of the Finance Ministry.

I am convinced that these criminals would not have been able to pull all this off without the support of influential actors within every facet of the government. They are the people who were planted and patronised during their tenures in power. They were complicit then and are still engaged in covering their tell-tale tracks. Such people are operative in just about every institution of the state, not limited to the bureaucracy and the NAB alone. They are the ones who help these gangs of criminals from inside this putrid system.

This legacy of crime and its attenuations spread throughout the governmental echelons constitute the roadblocks that the Prime Minister is faced with in his effort to cleanse the system of its ills and handicaps. As long as these parasites survive hidden in the alleys of power, it would remain a daunting undertaking.

It was Seneca who once said that “those who do not prevent crime support it”. One will have to look for those who are part of the system, trying desperately to preserve it with all its belittling ailments, hoping that their masters of yore shall return to reward them for their faithfulness. They are the saboteurs who have to be sought and eliminated. This may be an uphill task, but a task which must be undertaken for expediting the process of genuine reform.