According to the victim’s family, Waqas Ahmed and his friends were returning home from a wedding on Wednesday night when the incident happened. 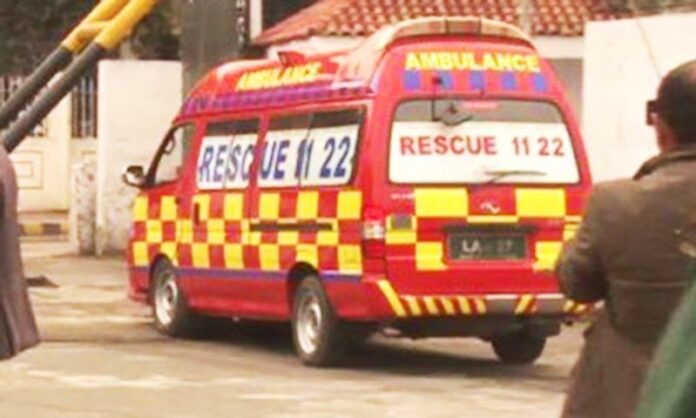 FAISALABAD: Faisalabad police on Thursday constituted a five-member inquiry committee to hold an investigation into the alleged murder of a citizen Waqas by firing of police officials.

City Police Officer (CPO) Sohail Chaudhry issued a notification regarding the constitution of an inquiry committee which will be headed by Senior Superintendent Police (SSP) Investigation Bilal Iftikhar.

SSP Iqbal Town Kamran Asghar has been appointed as the convener of the committee. CDU in-charge Muhammad Javaid was given the responsibility to provide technical assistance to the investigators. The committee is tasked to give a daily briefing to the CPO till reaching the conclusion of the probe.

Prior to the formation of the inquiry committee, a murder case was registered against four policemen under three different sections over the complaint of the slain youngster’s brother.

A man lost his life and three others were injured after a patrolling vehicle of police in Dijkot city of Faisalabad district opened fire at their car for not stopping despite receiving a signal.

The Faisalabad CPO also released a video message in which he said that the incident was “very saddening” and the officials had fired at the car in an “unwanted and unnecessary manner”.

“Nobody is above the law. Even if they are policemen, if they commit excesses, the same laws will be applicable to them as to any ordinary citizen,” he added.

According to the victim’s family, Waqas Ahmed and his friends were returning home from a wedding on Wednesday night when they were stopped by four officers of the police.

“After stopping and questioning them, the police chased their car,” a cousin of the victim said. “The officers forced Waqas out of the car and then shot him multiple times.”

The family’s reports line up with the information presented in the FIR, which states, pon seeing the police, Ahmed put his hands in the air but the ASI said “show them the consequences of fleeing” and one of the PHP officials then fired at Ahmed “with the intention to kill”.

The policemen also hit the dead body, he claimed. “They then took three other men in the car to an unknown location. We don’t know anything about their whereabouts,” he added.

Waqas’ brother Owais stated in the complaint against the ‘fake encounter’ that ASI Shahid went furious after his deceased brother’s vehicle ran over his foot. Later, the police officer threatened Waqas when he stopped the car while other officials pulled their rifles which made him afraid of being killed.

“We got scared and to save our lives, sped the car away from the scene,” the complainant stated. “They illegally chased us. The driver sped the car away [eventually] stopping at the bazaar near Pharala and tried to run away.”

He claimed that his slain brother stopped his car again in a suburban village and surrendered before the officials by raising his hands, but a constable Usman allegedly opened fire on him over the orders of ASI Shahid.

He added that Waqas was seriously wounded and fell down on the ground after receiving a bullet in his stomach, but the police officials continued kicking and torturing him with their guns.

The police patrolling team carried out aerial firing to disperse the local residents who had gathered on the scene. Later, the police team drove away from the scene along with Waqas’ body and his car, stated Owais.

The three men were initially taken into police custody and later released after the city police officer got involved.

On the other hand, the accused police officials said they chased the car after it did not stop at a security check. “Waqas was killed in an exchange of fire,” a police officer said.

The families of the victim and detained have blocked the city’s Samundri Road in protest and are demanding justice.

Following this, the Faisalabad CCPO took notice of the incident and launched an inquiry. The four accused police officers, including sub-inspector Shahid Manzoor, have been arrested and a first information report (FIR) has been registered.

“It was found out the driver of the car, Mohammad Waqas Ahmed, was injured as a result of the firing. He was immediately shifted to hospital where he [died],” the police statement read.

Ahmed’s body has been sent for a post-mortem examination while the three other men have been sent back home.

The statement maintained that when Ahmed’s car reached Pharala village, the people inside disembarked and made a run for it.

“There was no justification of firing at unarmed innocent people,” the police statement said.

With additional input from TLTP

March 4, 2021
Foreign Minister Shah Mahmood Qureshi has said that Pakistan desires to further strengthen trade and economic relations with the European countries. He said this while...