LWMC fails to provide clean environment to people of Lahore 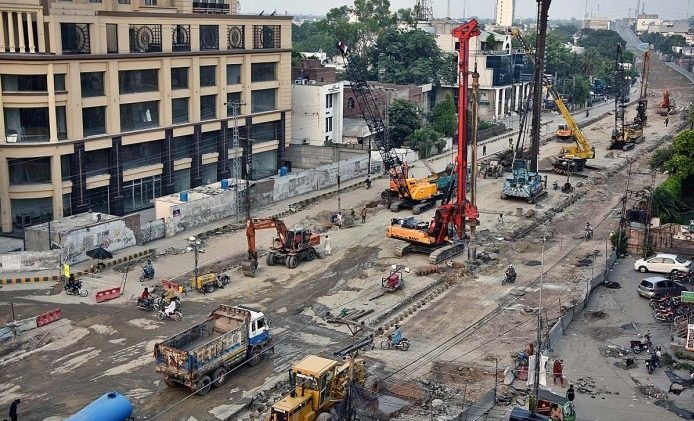 LAHORE: The Lahore Waste Management Company (LWMC) has failed to remove garbage from the provincial capital due to its poor strategy as the whole city has started turning into garbage dumps, Pakistan Today learnt on Monday.

A survey conducted by Pakistan Today found that garbage had not been picked up in most parts of the city for the past 10 days and the growing piles of garbage had added to the concern of the citizens.

According to details, the LWMC’s waste management contract in the provincial capital was with Turkish companies, which expired on December 31, and due to a dispute between Turkish companies and LWMC, the contract could not be extended.

The LWMC had awarded contracts to new companies for cleaning up the city through emergency bidding, but the cleanliness situation in the city has not improved.

Rehan Gul, a resident of Shah Jamal, said that garbage had not been cleaned in his area for the last two weeks, and this has caused the spread of rot in the area.

“Due to the poor sanitation situation, there are foul smells all over our area. On the one hand, due to the Covid-19, precaution is being taken and on the other hand, it is feared that due to such filth, it is not known which diseases are in the area,” Gull said.

Aslam Malik, a resident of Dharampura, said that the sanitation situation in his area had been very bad since December 10.

“Garbage is not being picked up by the administration on a daily basis and the garbage drums are not empty,” he lamented. “People are throwing garbage from their homes back in these filled drums.”

“The city of gardens has turned into heaps of garbage,” he added.

Punjab Chief Minister Sardar Usman Ahmed Buzdar expressed his displeasure with LWMC officials during a meeting regarding cleanliness of city and gave them a deadline to clean the entire city within two days.

During the meeting, the CM reprimanded the officers and said that there were piles of garbage in various places in the city, asking why no cleaning has been done so far.

“We will not be blackmailed by any company. I have reports that Lahore has been turned into a garbage dump. Every time I have visited the city, I have found bad conditions. Let all the departments work together to make Lahore clean first,” he added.

He directed the concerned authorities to monitor the entire city through CCTV cameras of Punjab Safe City Authority (PSCA) and to provide detailed reports.

During the meeting, the CM was also briefed that 20,000 tonnes of garbage has been collected while 5,000 tonnes are still on the roads.

Speaking to Pakistan Today, LWMC spokesman Jamil Khawar said that Turkish companies had not been collecting garbage from the city since December 10.

February 27, 2021
As Senate elections near, the political temperature is rising by the day with all major political parties fiercely campaigning to ensure that their respective...