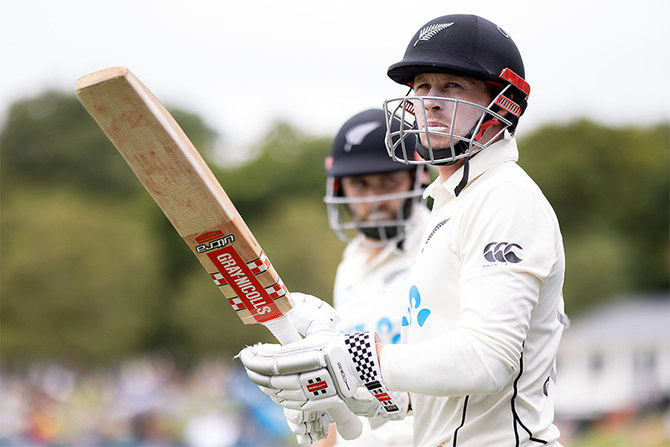 CHRISTCHURCH: Kane Williamson and Henry Nicholls continued their formidable partnership in the second Test against Pakistan as New Zealand reached 400 for three at lunch on day three in Christchurch on Tuesday.

It put New Zealand 103 in front with Williamson on 153 and Nicholls on 138 as he continued batting despite a severe calf strain that reduced him to hobbling between the wickets.

Their unbroken 329-run stand is a New Zealand fourth-wicket record surpassing the previous best of 271 by Ross Taylor and Jesse Ryder against India 11 years ago.

It also continued the solid understanding the pair have following their 133-run partnership the last time they were in the middle together in the first innings of the first Test against Pakistan.

New Zealand resumed the day at 286 for three with the number 11 prominent in their early targets.

Williamson achieved the first goal in the sixth over of the day with a four glanced down the leg side, just wide of diving wicketkeeper Mohammad Rizwan, to give New Zealand the first-innings lead.

Nicholls, who used up two lives early in his innings, had a third on 92 when he was dropped by Azhar Ali and progressed to reach 100 with a cover drive to the boundary.

It moved him into the top 10 of New Zealand century-makers which is headed by Williamson, who has scored 24 hundreds.

Williamson, in his usual patient role, worked his way through 33 deliveries before a single off Mohammad Abbas made him the third New Zealander behind Ross Taylor and Stephen Fleming to reach 7,000 runs.

GALLE: Left-arm spinner Jack Leach took five wickets as England edged towards victory over Sri Lanka in the first Test in Galle, but they made...
Read more
Sports