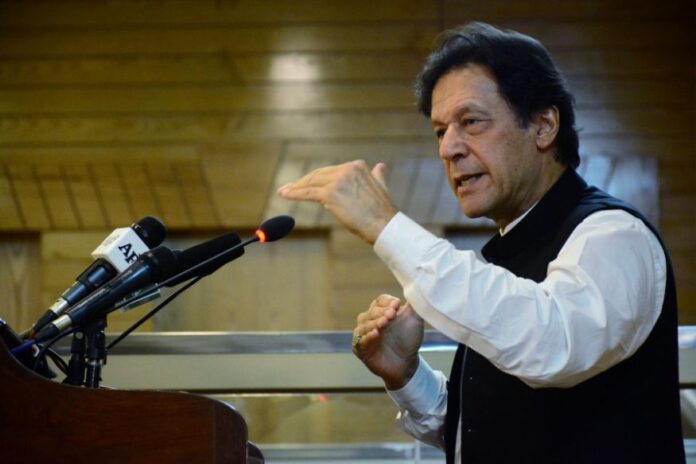 PESHAWAR: Prime Minister Imran Khan on Wednesday directed the Khyber Pakhtunkhwa cabinet members to regularly visit their constituencies and ensure speedy redressal of problems being faced by the people.

The PM stressed the need promote tourism in Khyber Pakhtunkhwa, saying that the sector has the potential to enhance the revenue of the province manifold.

KP Chief Minister Mahmood Khan on the occasion informed the PM that the performance of all the ministries was being reviewed on a monthly basis.

Meanwhile, talking to media at Governor House in Peshawar, Prime Minister Imran Khan said the government was mulling to approach the Supreme Court for conducting the Senate elections through show of hand. He said consultations were underway on the legal aspects, as the government believed in transparent and fair conduct of the elections.

Separately, while addressing a ceremony in connection with distribution of cheques among successful applicants under Kamyab Jawan programme in Peshawar, PM Imran said his government would fully back the youth for promotion of tourism and IT industries.

He pointed out that small & medium enterprises have an important role to play in generating economic activities. He, however, regretted that this sector remained completely ignored in the past.

Imran Khan stressed the need to evolve such a system under which the banks fully support the business ideas of the youth.

He also expressed satisfaction over the interest of the youth in the livestock sector and hoped that the they would run this sector on scientific lines, which would help boost production in the country.

The prime minister said loans would also be given to the people of tribal districts, which have lagged behind in development due to terrorism in the area. He announced that the next cheques distribution ceremony under Kamyab Jawan Programme would be held in South Waziristan.