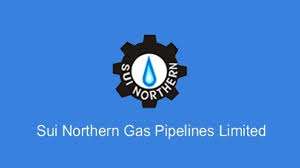 In a major development, Sui Northern Gas Pipelines Limited (SNGPL) has announced significant reduction in UFG and volumetric losses of the company.

Announcing the results for first quarter of Financial Year 2020-21 of the three-year UFG Reduction Plan approved by ECC, the company has declared 1.60pc and 1,576 MMCF reduction in UFG losses and volumetric losses against targets of 1.25pc and 1,425 MMCF, respectively. The company spokesperson said that this translates into financial savings of Rs755 million.

It is pertinent to mention that SNGPL had initiated dedicated efforts for gas theft control; rectification of gas leakages; and resolution of measurement errors. In addition, special efforts were made to control the losses in areas with high unaccounted for gas (UFG) rate which affected the company in the past and contributed more than 33pc in total volumetric losses of the company.

Highlighting the key achievements made by SNGPL, the company spokesperson said that average monthly gas losses in high UFG areas have been reduced by 40pc, from 1,413MMCF to 856MMCF with the help of law enforcement agencies. The company removed 1,008 illegal taps all such areas while lodging 104 FIRs.

SNGPL has also increased vigilance and consequently 14,488 gas theft cases were detected while special raids resulted in booking of 404MMCF or Rs472 million against consumers of various categories. While making best use of technology, SNGPL also detected 236,808 aboveground and 7,889 underground leakages through laser leak detectors.