Mobile phone industry to get boost under CPEC: Murtaza 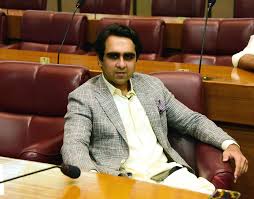 He said that the country was passing through a hard time, but it was everyone’s responsibility, including politicians, the private sector and stakeholders to work together, adding that mobile manufacturing was a new industry, therefore, they were facing difficulties.

He was addressing a summit titled “Mobile Device Manufacturing” organised by the Engineering Development Board (EDB) and Pakistan Mobile Phone Manufacturing Association (PMPMA).

Mahmud said that by improving the mobile industry, the country’s needs could be fulfilled from domestic production.

He said that the devaluation of the rupee had reduced labour costs and added that the export could be increased by enhancing mobile manufacturing.

He said that Pakistan will come out of these situations in the short term, but “we have to make a long-term policy”.

Meanwhile, Secretary, Ministry of Industry and Production Imdadullah Bosal highlighted that in 2020, a policy was launched to increase the production and half the journey had been completed while half was left.