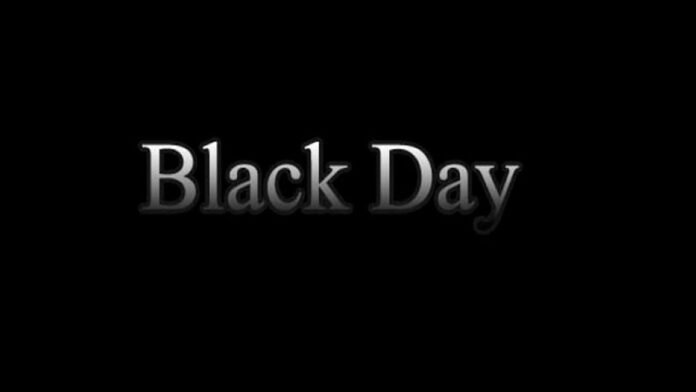 ISLAMABAD: Kashmiris on both sides of the Line of Control and the world over will observe India’s Republic Day, the 26th of January, on Thursday as Black Day to impress upon the world to take notice of New Delhi’s continued denial of right to self-determination to the Kashmiri people.

Call for the observance of the Black Day has been given by the All Parties Hurriyat Conference, according to the Kashmir Media Service (KMS).

The day will be marked as a black day in occupied Kashmir, Azad Kashmir and abroad with anti-India demonstrations and rallies being held in Azad Kashmir, Pakistan and world capitals to give a strong message to the world that India is a usurper in the occupied territory.

People through statements, massage and posters, by Sadai Mazloom, Jammu and Kashmir Democratic Movement, Tehreek-e-Azadi Jammu and Kashmir, and Jammu and Kashmir Liberation Alliance, Jammu and Kashmir Political Resistance Movement and Youth Freedom Fighter in Srinagar, and others areas of the valley asked to boycott all Indian official celebrations and hoist black flags on the rooftops of their houses, shops and other buildings. The posters continue to surface since last one week in different places of the territory.

The APHC reiterated its call for imposing civil curfew in every nook and corner of the territory. It castigated India for unleashing a reign of terror, repression, frequent cordon and search operations, random arrests and restricting businesses and social activities.

Jammu and Kashmir Democratic Freedom Party led by jailed leader Shabbir Ahmed Shah also appealed to the Kashmiris living all over the world to observe Indian “Republic Day” as Black Day. “The country that is grossly involved in death and destruction in Kashmir and holding millions of Kashmiris hostage at the gunpoint has no right whatsoever to observe Republic Day, while on the other hand India government has deprived Kashmiris of their basic rights,” the DFP said.
.
Other Hurriyat organizations including Tehreek-e-Hurriyat Jammu and Kashmir, Jammu and Kashmir Peoples League and Democratic Political Movement said that the presence of Indian troops in IIOJK is illegal, illegitimate and unconstitutional and is clear violation of International Law. Therefore, by no law all over the world or morals can justify the presence of Indian troops in IIOJK, they argued.