California shooter kills himself after a massacre at dance club 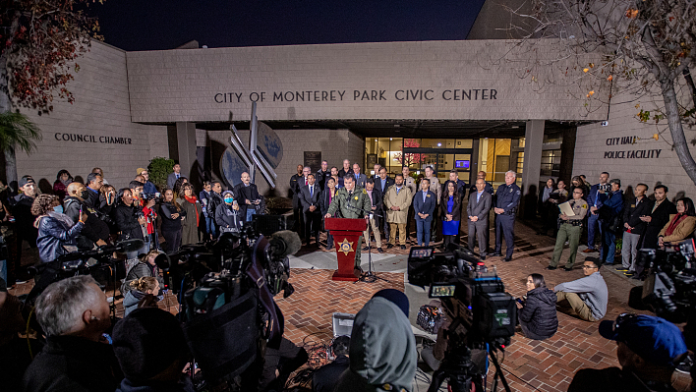 A 72-year-old gunman killed himself when approached by police on Sunday, about 12 hours after he had carried out a massacre at a dance club during Chinese New Year celebrations that left 10 people dead and another 10 wounded.

The gunman tried to carry out another shooting at a separate club just minutes after the first one on Saturday night, but authorities said two bystanders wrestled the man’s weapon away from him before any shots could be fired. He fled that scene.

The massacre sent a wave of fear through Asian American communities in the region and cast a shadow over festivities nationwide. The shooting was the nation’s fifth mass killing this month, according to AP. It was also the deadliest attack since May 24, when 21 people were killed in an elementary school in Uvalde, Texas.

Los Angeles County Sheriff Robert Luna identified the man as 72-year-old Huu Can Tran and said no other suspects were at large. Luna said the motive remained unclear for the attack. Speaking at a Sunday evening news conference, the sheriff said he didn’t have their exact ages of these victims but that all of the people killed appeared to be over 50.

The suspect was carrying what Luna described as a semi-automatic pistol with an extended magazine, and a second handgun was discovered in the van where Tran died.

Monterey Park Police Chief Scott Wiese said Sunday evening that within three minutes of receiving the call, officers arrived at the Star Ballroom Dance Studio in Monterey Park. There, they found carnage inside and people trying to flee through all the doors. 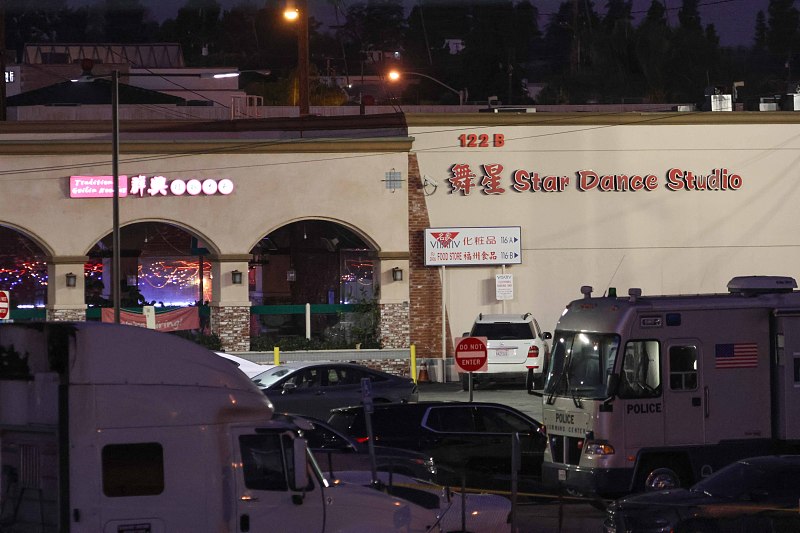 The Star Dance Studio in Monterey Park, California, where a gunman shot and killed 10 people and injured 10 others, January 22, 2023. /CFP

About 20 to 30 minutes after the first attack, the gunman entered the Lai Lai Ballroom in the nearby city of Alhambra. But people wrested the weapon away from him and witnesses said he fled in a white van, according to Luna.

The van was found in Torrance, another community home to many Asian Americans, about 34.5 kilometers from the second location.

After surrounding the vehicle for hours, law enforcement officials swarmed and entered it. A person’s body appeared to be slumped over the wheel and was later removed.

Monterey Park is a city of about 60,000 people on the eastern edge of Los Angeles and is composed mostly of Asian immigrants from China or first-generation Asian Americans. The shooting happened in the heart of its downtown, where red lanterns decorated the streets for the Chinese New Year festivities.

The celebration in Monterey Park is one of California’s largest. Two days of festivities, which have been attended by as many as 100,000 people in past years, were planned. But officials canceled Sunday’s events following the shooting.

Tony Lai, 35, of Monterey Park, was stunned when he came out for his early morning walk to learn that the noises he heard in the night were gunshots. He had thought it was fireworks because the community is “really safe.”

California Governor Gavin Newsom visited Monterey Park on Sunday, meeting with victims and their families as well as local officials.

President Joe Biden and Attorney General Merrick Garland were briefed on the situation, aides said. Biden said he and first lady Jill Biden were thinking of those killed and wounded. 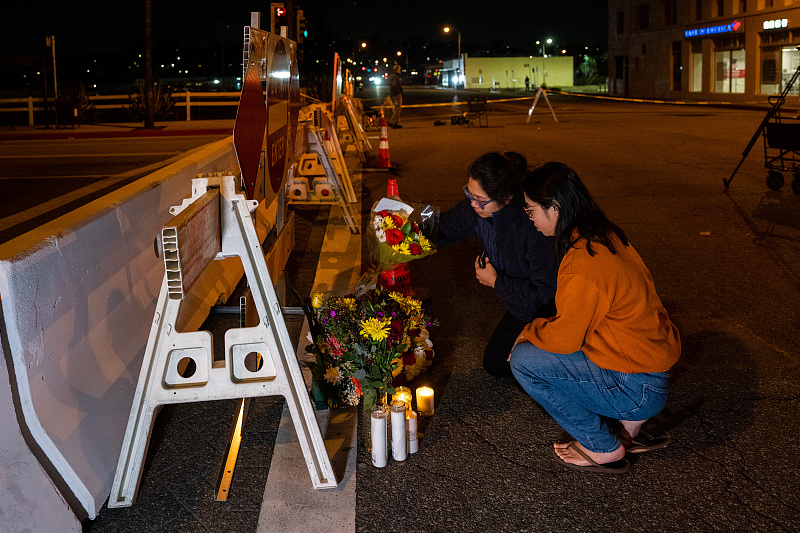 The Star Dance Studio’s website said it was hosting an event Saturday called “Star Night” from 8 p.m. to 11:30 p.m. The studio is a few blocks from city hall on Monterey Park’s main thoroughfare of Garvey Avenue, which is dotted with strip malls of small businesses whose signs are in both English and Chinese. Cantonese and Mandarin are both widely spoken, Chinese holidays are celebrated and Chinese films are screened regularly in the city.

Mass shootings are regular occurrences in the U.S., the country with the highest rate of private gun ownership in the world. This latest violence comes two months after five people were killed at a Colorado Springs nightclub.