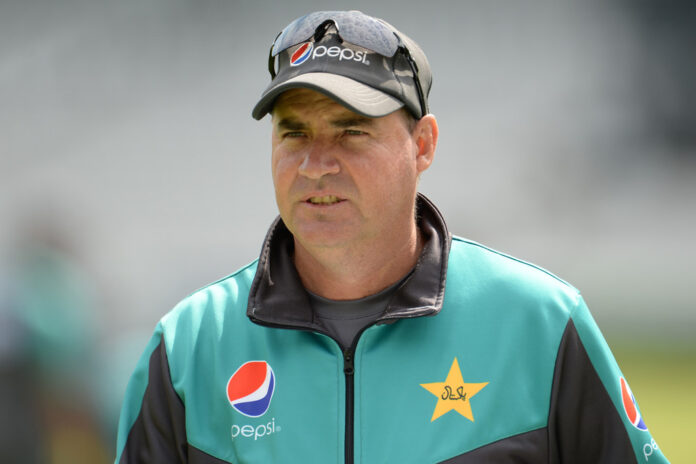 Najam Sethi has said that Mickey Arthur will most likely be returning as the head coach of Pakistan men’s cricket team.

Earlier, PCB had announced that the negotiations with former coach Mickey Arthur couldn’t materialize, owing to his long-term contract with Derbyshire.

However, in a press conference on Monday in Lahore, Sethi revealed that he is in direct contact with Arthur and the negotiations are moving in the right direction.

“I had not closed the chapter of Mickey Arthur. I am personally in negotiations with Mickey and we have resolved 90 percent of issues. Hopefully, we will very soon give you the news that Mickey will be joining us,” Sethi said.

“When Mickey comes back, he will make his own team and will tell us how much we need to pay them. We will resolve the rest of the issues in next 1 or 2 days. Mickey will come back,” he added.

Sethi also heaped praise on Arthur’s achievements as a coach and his close association with Pakistan players.

“Arthur has won us the Champions Trophy. He is now a highly regarded coach. No other coach knows Pakistan more than Mickey,” he added.

Haroon Rashid appointed Chief Selector, PCB
Najam Sethi also appointed former Pakistan batter Haroon Rashid as Chair of the men’s National Selection Committee, while other members of his panel will be announced in due course.

Haroon played 23 Tests and 12 ODIs from 1977 to 1983 and last held this position in 2015-16. Most recently, he was the Convener of the Interim Selection Committee after having previously served in administrative and coaching roles with the age-group and national sides.

“I want to congratulate Haroon Rashid and hope he will use his cricket knowledge, understanding and background while picking squads for the upcoming international assignments.”

Haroon Rashid on his appointment said : “I am honoured to have been entrusted with this responsibility and look forward to working very closely with the team management and the National High Performance Centre so that we have clear pathways and can work collectively to select best available players for what will be a busy and high-profile year of cricket, including the ACC Asia Cup, ICC Men’s Cricket World Cup and the tour of Australia for three Tests.

“One of the key aspects I will like to focus on my time will be improving communication. This is a critical area as the players need to have absolute clarity on why they have been selected or not selected, which, in turn, will help them to deliver the desired results, work harder on their skills and remain motivated.”