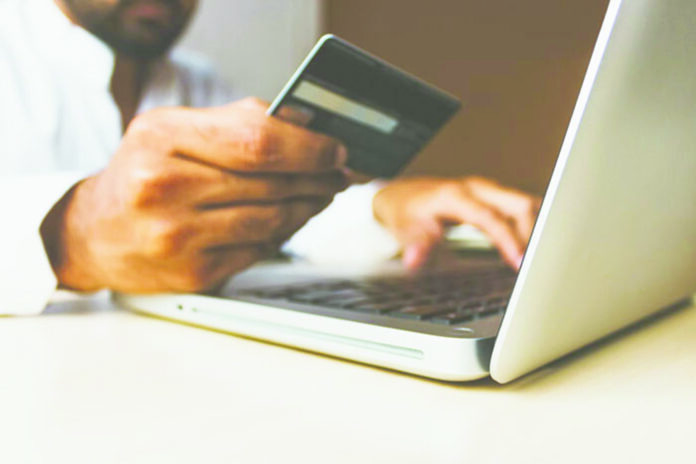 It appears that the creature that is likely to go extinct next is man himself. (Man, as in human, not the homo sapiens who appears to be thriving like never before.) For never was there a more alarming shortage of real men than is the lot of the world today. And never have the consequences been so devastating.

Manliness becomes crucial when a boy leaves the comfort of his father’s house and faces the world on his own; and even more so when he gets married and has children to raise. The preparation for it must start right from his boyhood if he is not to find the transition to manhood impossible. This preparation leaves much to be desired, hence the crisis at hand. So, what exactly does it mean to be a man? For starters, being a man is much more than being above a certain age and having XY chromosomes.

It is easy to mistake pumping iron, driving fast, fascination for beauty and rock or a certain brand of in-your-face machismo for being a man. What really separates men from boys, however, is the realization that the world owes them nothing. What it means to be a man then is to rid oneself of any semblance of notions of entitlement. A man knows that he must pay life’s rent, and do so in good cheer. It all boils down to taking responsibility for his actions. As the man of the house, for example, it means understanding that the buck must stop with him – there is nobody else to blame apart from himself – and, if he has not been negligent in his decision making or implementation, then accepting the results. Like a man!

It is beneath his dignity to be a scheming and plotting individual, all the time indulging in games of double-dealing and intrigue. To be a man is to be frank, neither wanting praise for what he is not, nor being afraid of criticism for what he is. Whatever else a real man thinks of life, it is not a perpetual popularity contest for him. It is all the better if people around him appreciate him. But his primary motivation for doing whatever he does is never to please anybody but God.

To be able to say ‘No’ is an important part of being a man. Especially when it comes to saying it to family. To conform to anything and everything merely for the sake of his peace of mind is a cop-out unworthy of a man. Flexibility is without doubt a crucial ingredient in successful human relationships, especially close ones. A man can easily be too rigid; but there is a very real danger of erring on the opposite extreme as well. One can easily be too flexible for anybody’s good, including those loved ones who might in the short run be extremely pleased with one’s acquiescence. It is an indispensable pat of a man’s JD to protect his family from not only the external threats but (as will more often be the case) also from the consequences of their own desires.

Things in life have a way of going wrong at the most delicate of times, sometimes all at the same time.

Watching TikTok videos for hours on end, indulging in non-stop small-talk, being partial to soaps replete with family politics and petty love affairs, following silly celebrity gossip, and badmouthing relatives and friends are hardly the activities one would associate with a man worth his salt. One need not have a degree in Data Analytics to know how short the average modern man has fallen from the ideal when it comes to such matters.

To be a man is to waste no time complaining or whining about things and people. He may have any number of issues with others; and on appropriate occasions, he may even voice those concerns, and try and get them sorted out. But without the expectation that the problem will necessarily be resolved as a result of the dialogue. He will not make himself miserable when the other party still fails to see eye to eye with him (which he knows will happen nine times out of ten). He understands that there is way too much stupidity and evil inherent in the very design of the universe for that to happen more often than that. Of course, he may regulate his own conduct according to the response he gets, but in no case will he allow himself to play the victim or give the impression of a bitter, failed reformer. Neither will he be disillusioned with the whole of humanity, nor let the experience alter his conduct towards the world at large.

The stigma that has come to be associated with masculinity has been one of the most devastating consequences of feminism. Feminists supplant the manly man with a politically-correct, compliant specimen who is keen not to offend or displease anybody. The problem with such compliant beings is that they can hardly be expected to protect their families from any threat, external or internal. A real man does not allow himself to be intimidated and moulded in any which way.

Kindness and courtesy are without doubt hallmarks of a real man. But he knows when it is time to be gentle and when the use of force is called for. He is not a one-trick pony: he is varied in his response to various circumstances. If might is called for, he will be up to the task; but ensuring not to use more than the minimum necessary amount.

Things in life have a way of going wrong at the most delicate of times, sometimes all at the same time. In such a situation, a real man perseveres undaunted, without making a big deal out of it. He also realizes that the race is not necessarily to the swift. Therefore, he does not allow himself to plumb the depths of despair when things go awry; nor to behave like a braggart when something good happens to him. He tries and accepts both the good and the bad with equanimity.

To be a man is to be reliable, but not necessarily predictable. He understands that there are occasions when the only fitting response is anger, even if they are less frequent than what is often believed. He realizes that not having the capacity to show anger in such circumstances is a severe limitation on his part. So, while he controls his temper in most situations, he is certainly not entirely incapable of flying off the handle once in a while.

Finally, while a real man opts to be beneficial for all, he is far from being harmless. For without the potential for harm there is no possibility of good either: A harmless man is about as useful as a dull knife that cannot cut anything.