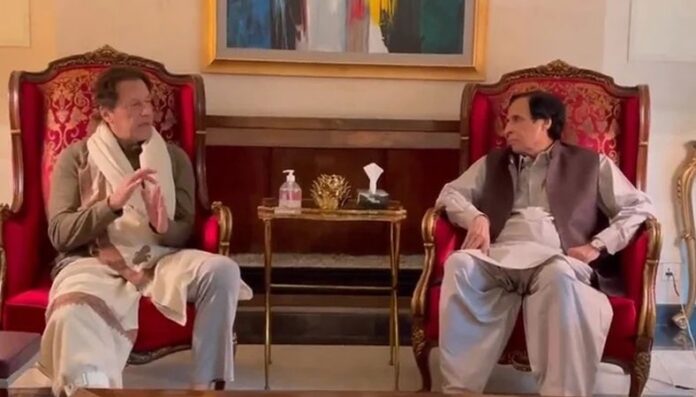 If you were to ask me, the dissolution of the Punjab Assembly was inevitable after the vote of confidence. Ch Pervez Elahi, that canny politician, must have realized that he could not carry on with the majority he had, 186, which was the exact minimum he needed to retain office.

That meant a working majority of one, as 185 members can be presumed on the other side. It also showed that theoretical limits are all very well, but they don’t really work well in practice. I suppose that they are really meant for emergencies. Well, the present case was an emergency all right.

Well, Ch Pervez is only CM until a caretaker is appointed, but he can look back at his second tenure with some satisfaction. After all, he became CM even though his own party, the PML(Q) only had 10 members. That’s not much in a House of 371. And then to demonstrate his possession of the confidence of the majority by only one vote! He was previously CM between 2008 and 2013, but nothing he did was as brave, not even his promise to vote 1000 times for Pervez Musharraf as President in uniform.

Imran Khan is trying to take the credit, but the really bright guy was Bilawal. I think he was the one who first taunted Imran with keeping the Punjab and KP governments while demanding that the National Assembly be dissolved. Of course, now there is the question of how to avoid arrest. Imran may be the victim of political persecution, or he may be a villain of the blackest hue deserving the fullest rigour of the law, but the fact is that he has nowhere to avoid arrest, except either Azad Kashmir or Gilgi Baltistan. Going there in the depths of winter is not the most pleasant prospect. Even if it’s feasible. Does it beat being arrested? Well, that’s something only Imran can decide.

That would probably fit in with a military provenance. Have you ever noticed how Martial Law rulers are very strong on accountability. Except Yahya. Well, that makes a lot of sense, because that would have meant accountability of the preceding regime, that of Ayub Khan, and nobody wanted that, did they? Heck, even after Yahya was replaced by a civilian regime, and even though the Hamoodur Rehman Commission presented its report, there was no accountability of the loss of East Pakistan, and even the report was not published.

Instead, the Zia regime published a White Paper about Bhutto’s corruption. So the loss of half the country was somehow seen as less than the alleged embezzlement of a couple of jeeps (out of 150) gifted by the Shah of Iran, or the installing of some air-conditioners at Al-Murta\za, Bhutto’s Larkana residence.

There’s been some progress, presumably because of corruption, what with the UAE not only rolling over a previous loan of $2 billion, but lending another $1 billion. That’s not just bravery but foolhardiness, and it’s also known as throwing good money after bad. Saudi Arabia has also agreed to give us $1 billion worth of oil products on tick. And they’re only doing so because Shehbaz is giving them a cut.

But Pakistan (sort of) avoiding default was not something that hurt. In fact, it made me happy. What hurt was the death of Lisa Marie Presley. At 54, she died young. But she was Elvis Presley’s only child. Someone who was old enough to remember his death. And then that of one of Lisa’s husbands, Michel Jackson, would also remember Majid Jehangir, one of the stars of Fifty Fifty, still one of the most innovative of all Tv programmes. He was most memorable as an elderly Memon. His partner was the great Ismail Tara. All the icons of the end of the 20h century are passing. The only person who refuses to admit that was a long time ago is Imran. But that is when he won the World Cup.

February 4, 2023
QUETTA: Young pacer Naseem Shah has been appointed a goodwill ambassador of Balochistan and would officiate with rank of Deputy Superintendent of Police (DSP). A...