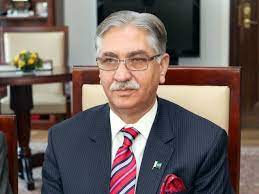 They expressed these views while addressing at the ceremony of joining the party in Hazara Town, Kirani area of Quetta.

The future of Pakistan People’s Party is brilliant, God willing, in the upcoming elections, People’s Party will win from all over the country including Balochistan.

He said that PPP Chairperson Mrs. Benazir Bhutto Shaheed and hundreds of others sacrificed their lives for the establishment of democracy and elimination terrorism and extremism from the country.

Provincial President Mir Changiaz Khan Jamali and other leaders of PPP also spoke at the ceremony and they welcomed the Hazara Community for joining to PPP.

They hoped that Hazara community would play their role in strengthening of the party and the PPP would win the general election by big margin from Balochistan.