Without a thorough review, there will be another ‘project Imran’ 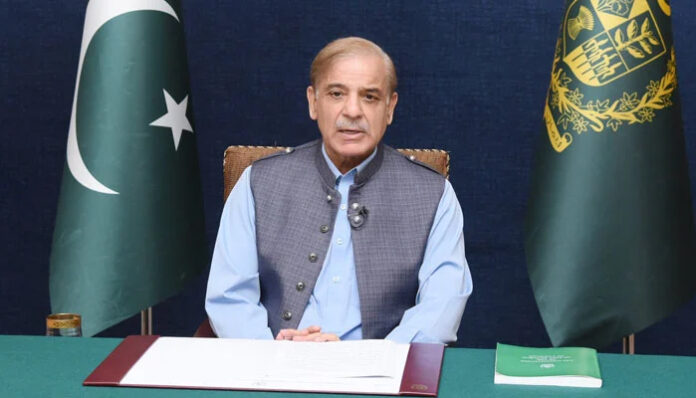 All is said, all is done and it is done in a more appropriate way than expected. For the first time in the history of Pakistan, the COAS and the Joint Chiefs of Staff Committee Chairman were appointed by following the seniority list of the Pakistan Army.

The appointments of new two four-star Generals by Prime Minister Mian Shahbaz Sharif have written a new history by abjuring the tradition of “pick and choose”. Of course, this development has sent a loud and clear message to the rank and file that men in uniform must avoid political manoeuvring for their top appointments and their seniority would be the only consideration for bringing them to top slots. Though I am not confident to presume that politicians have learned a lot that “pick and choose’ had always been an “error of judgement” rather than a “comedy of errors”.

Without going into details about the role of the military in politics, I appreciate retiring COAS Gen Qamar Bajwa in his last speech reaffirmed that the military as an institution had decided last year that it would not meddle with politics. If I am not wrong, I heard such statements several times since the beginning of the 21st century when “Project Imran” was launched. Anyhow one should be pragmatic and trust what General Bajwa had said, as he practically kept the military out of politics in the last several months although former Prime Minister Imran Khan had been crying for help from Rawalpindi and had been abusing the military leadership when he felt he was betrayed. After the appointment of new COAS Gen Asim Munir, Imran Khan again demanded that the military should play its role in early elections.

I am of the view that neither can the military keep itself away from politics for a long time nor politicians change their habit of seeking support from GHQ, so we need to design a working model in which the military and civil leadership can have candid debates not only about political upheavals or economic health, but also to decide strategic and defence challenges faced by the motherland. There should be no sentiment of “trespassing” if the civilian leadership is advising something to the military leadership on important and sensitive issues, and vice versa. I hope both parties would come out of “presentations” mode soon and would enter “discussion” mode. The last 70 years are full of military interference in politics but we all know that has not produced any tangible good for the military and almost every experiment succumbed to self-inflicted injuries but the home-grown political cadre survived against all engineering.

(Nobody can fight the war their whole life; you will break: that’s our experience)

The hatred for democracy, Parliament, the 1973 Constitution, and politicians brought hybrid systems, but every arrangement had an age of less than one decade. However, after the failure of the previous arrangement, there was always a new experiment to get “positive results”. Nevertheless, history books are silent about what kind of positive results the military wanted to achieve.

I believe the tenures of Ayub Khan, Yahya Khan, Ziaul Haq, Pervez Musharraf, and Imran Khan who had a civilian face, brought nothing to the military but a debauched reputation and caused further extension in the civil-military divide. In the Russian language, there is a word zachem. Its literal meaning in English are “What for?” but Russians use it for an aimless and useless action.  I believe that the system should now come out of this zachem phase and everybody must work together to take the country out of the economic, administrative, political, and moral collapse Pakistan is facing today because we have reached a point where our permanent state is also crumbling and that is a very dangerous reality.

I believe that we have to review the Constitution, the powers conferred to the President and to the Speaker National Assembly besides the ESTACODE that always helps the bureaucrats whenever they are found guilty of subverting or disobeying the State.  A complete overhauling of the system is needed, otherwise we cannot avert another “project Imran” despite promises and commitments coming from everywhere. Politicians after every political debacle claimed they were victims of an “error of judgment” but I believe every time we had turbulence, we had a “comedy of errors”

The  Civil Establishment Code, popularly known as the ESTACODE, is practically becoming non-operational as officers of federal services posted in the provinces of Punjab and KPK are refusing to report back to the Establishment Division when they are called back. We have listened to an audio leak of what role an officer of grade-22 of the Pakistan Administrative Service, (previously known as the District Management Group or DMG) played in the cipher fiasco, and now he has reportedly left the country because he does not want to report to the State to answer several questions about the alleged role he played for creating a political situation out of a classified document.

We have seen how a woman named Farah Gogi allegedly took state property worth billions of rupees from the Toshakhana and allegedly sold it in Dubai. Of course, she could not do it until and unless the Cabinet Division helped her in this illegal act and handed over the state property to her. The Cabinet Division is run by a Secretary belonging to the Pakistan Administrative Service who is an employee of the Federal government— the State— but he stood with the alleged culprits and Cabinet Division refused to provide the record when journalist Raja Ibrar demanded the record by invoking the Right to Information Act. The Cabinet Division took the position in the Islamabad High Court  that information related to Toshakhana was “classified” and could not be shared publicly.

I have seen that the Cabinet Division kept quiet when the Toshakhana was allegedly controlled by people like Farah Gogi who could take anything out of the Toshakhana building.  I can cite several other examples here indicating that top bureaucrats had apparently decided to forget their duties and responsibilities towards State and they stood with a non-permanent state— the political government, for enjoying their lucrative postings. This trend is seeping down to the district administration level.

We have seen how the KPK government helped former Prime Minister Imran Khan on May 25 attack the capital of Islamabad. The Chief Secretary and the IG Police are officers of the federal government but they allegedly provided safe passage to Khan to enter Islamabad with the KPK police force and administrative machinery. We understand that two federating units (the province of KPK and Punjab) are standing against the federation and bureaucrats posted in these provinces are showing extraordinary political tilt towards provincial governments run by PTI. My question to state institutions is, can we run the state of Pakistan with such arrangements for all that much longer?

We know that the concept of the modern state is derived from Greek and Roman philosophies of “Perception of State” which is based on the principle of “Subordination to the common good”.

In ancient Greeks, there was no sharp distinction between political rulers and bureaucratic officials as both were considered the “position holders of constitutional authority” and obedience to the “Constitution” was a must for both of them. The disobedience of the “Constitution” could cost the life of any “position holder of constitutional authority”. This background of political philosophy behind the State helps us to understand that disobedience towards “subordination to the common good” is an unforgivable crime and this subordination is the base of the State.

I believe that we have to review the Constitution, the powers conferred to the President and to the Speaker National Assembly besides the ESTACODE that always helps the bureaucrats whenever they are found guilty of subverting or disobeying the State.  A complete overhauling of the system is needed, otherwise we cannot avert another “project Imran” despite promises and commitments coming from everywhere. Politicians after every political debacle claimed they were victims of an “error of judgment” but I believe every time we had turbulence, we had a “comedy of errors”.