The last address, seemed an attempt to tackle new realities 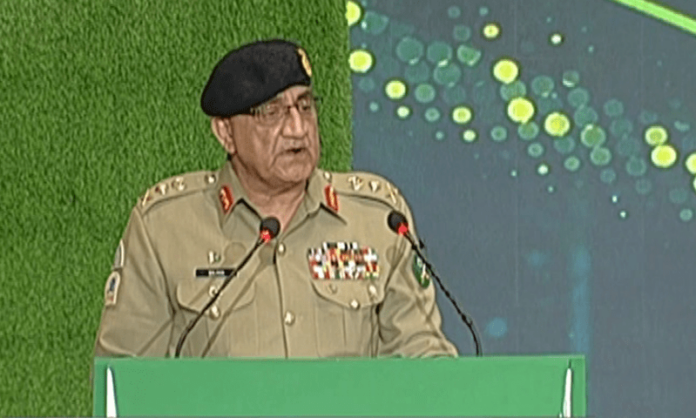 The historical wrong General Bajwa tried to correct was the contribution of the Army in the transformation of East Pakistan into Bangladesh in 1971. General Bajwa said that the debacle was not due to the failure of the Army but it was because of the failure of politics (and political parties). Unfortunately, history tells that this was not the case.

Laying down one’s weapons was not a problem, as the Army was not on a suicide mission in East Pakistan. Further, surrenders are part of war. Instead, the criticism is about the way ethnically infected East Pakistan was handled and the reason for which the post-election transfer of power was denied to the Bengalis by the power holder, Chief Martial Law Administrator, Gen Yahya Khan.

Sheikh Mujibur Rahman was arrested on charges of sedition and handed down the death sentence. Further, to suppress dissent, a military operation was launched which stirred the Bengalis into launching a liberation war, which eventually ended not only in the release of their arrested leader but also in the division of Pakistan. The Army failed to read the ground situation and botched up the national geographic integrity.

India found a chance to capture around 5000 square miles of (West) Pakistan. Interestingly, the actual cost of war was paid by the Kashmiris who saw their future subordinated to the Simla Agreement of 1972.

The benefit of the harm is the transformation of Pakistan from the old traditional conservative muted one to the modern open vocal one. Nevertheless, the downside is that this face of Pakistan is impolite, blunt, discourteous and merciless. It talks of its rights

A better lesson drawn could be to let politicians solve political issues, which cannot be solved through launching military operations. Second, drop the practice of levelling sedition charges at politicians, who are unarmed but who are buoyed up by their followers. Third, stop considering people imprudent, as they can together assert their will. Retrospectively, to one’s consternation, the Army lost East Pakistan to the Bengalis, the people, who renamed their land Bangladesh. With that, the two-nation theory suffered a severe jolt: sprouting from culture, the potency of ethnicity defeated the gum of religious oneness. This was the beginning of ethnic separatism, the apparition of which still hovers over Pakistan.

In his address, General Bajwa admitted that, in violation of the Constitution, the Army remained involved in politics till February 2021 when the institution found a consensus amongst its officers to forsake the political domain forever. This was a frank admission publicly but it was known. Nevertheless, General Bajwa remained taciturn about revealing the reasons for dropping the idea of the hybrid regime experiment. To elaborate, why did the Army abandon the experiment half way instead of letting the regime complete its prescribed tenure?

General Bajwa perhaps failed to understand that leaving the experiment incomplete is the cause of frustration in the Pakistan Tehreek Insaf (PTI), which is now seething with anger and which foresees its dismemberment, as the hodgepodge assembled through the coercion of intelligence agencies cannot remain packed further.

Similarly, General Bajwa did not dilate on the future role of the higher judiciary, which remained slanted towards the PTI to buttress the party. The higher judiciary even resorted to misinterpreting the Constitution to benefit the hybrid regime. The judiciary has to live with the ignominy that it earned. Moreover, the Army’s sudden change of mind has left a section of the media, electronic and social, high and dry. For them, the turnaround is disconcerting and distressing.

General Bajwa considered that his public admission of mistakes was part of the catharsis the Army had undertaken to relieve itself. He expected that in the same vein the politicians should also do some introspection of their behaviour towards each other and the Army.

It seems that General Bajwa did not understand the dynamics of this age. He mistakenly considers that the hybrid regime experiment can be turned off by just one click, and with that switching off everything would go back to normal. Unfortunately, this is not the case. The Army’s misadventure has cost this country billions of dollars, as since 2018, ground realities have travelled a long distance.

First, Pakistan has been trapped in the debt servicing shackle. Price hike, which seems to be irreversible, has affected the common man badly. Devaluation of rupee has devastated the middle class, which is busy in paying utility bills, and which is left with meagre savings.

Second, the political turmoil has influenced the thinking of people who are considering to take destiny in their own hands by discrediting the Army for the uncalled-for adventure. The Army’s patching up with politicians cannot put the issue to rest. People have taken cognizance of what happened to them, whether the domain was political or economic. The consequent awareness is meant for rising and not for a waning to spare the Army.

Third, the social upheaval has changed the thoughts of the youth. The PTI’s hue and cry may be based on flimsy grounds but it has influenced the minds of the young generation. Interestingly, in his farewell speech, General Bajwa did not mention his favourite topic: fighting the fifth generation hybrid warfare. The gratuitous young warriors engaged to fight the war are now loose cannons, which spare none.  The availability of social media and electronic connectivity to the world has empowered them to challenge any social idea, political regime or institution, including the defined boundaries of the Army, and even the higher judiciary.

Together these three incipient realities would keep on knocking at the door of the Army for finding answers to their own birth. Farewell speeches may not undo the past. There is little left to launch any salvage operation through farewell speeches. The damage has already been done.

The benefit of the harm is the transformation of Pakistan from the old traditional conservative muted one to the modern open vocal one. Nevertheless, the downside is that this face of Pakistan is impolite, blunt, discourteous and merciless. It talks of its rights.