Hail to the Chief

The price of being COAS 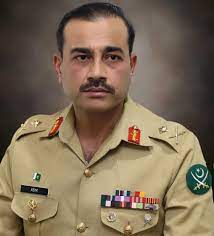 The appointment of Lt Gen Asim Munir as the next Chief of Army Staff, though dramatic, was hardly a surprise. However, General Asim had been rendered controversial because of his having been removed early from his assignment as DG ISI, back in 2019, after it is alleged, he told then Prime Minister Imran Khan of corruption in the Punjab. The allegations were of old-fashioned corruption, of money being taken for postings, by Chief Minister Usman Buzdar, whom Imran had labelled his ‘Wasim Akram-Plus’, Imran’s wife Bushra and her friend Farah Shahzadi ‘Gogi. Imran’s reaction had not been to stop the corruption, but to get the officer moved out of ISI. His replacement, Lt Gen Faiz Hameed, was more to Imran’s liking, and the delay, in late 2020, over his being posted as Corps Commander Peshawar, was because Imran wanted to retain him as DG ISI.

Interestingly, General Faiz was also on the list of the six most senior eligible officers for the posts of COAS and Chairman Joint Chiefs of Staff Committee, but at seniority no 5. General Faiz retires in April, while General Asim’s three-year tenure ends in November 2025.

On the face of it, General Asim just happened to be the senior most, but his stand as DG ISI, showed that he was not a True Believer in the Imran narrative. It could also be seen from the episode how thew Army protects its own. He did not suffer from that incident, and was given the Gujranwala Corps instead of the ISI. After two years as a corps commander, he came to GHQ as the Quarter Master General, his present assignment. He had been DGMI before going to the ISI There he remained until June 2019.

Some historical lessons can be drawn from that episode, assuming it occurred. First, it would have served as evidence to the Army that Imran was afflicted by the politicians’ disease of corruption. It would also explain the pressure on Imran by the military to remove Buzdar. It was just his inefficient governance, but his being at the centre of the nexus of corruption. This episode would also have provided a strong argument for those who felt that Army interventions in politics, which was ongoing up to the time of the 2018 elections, were counterproductive. The best way of preserving the Army’s reputation would be to withdraw itself from politics,

General Asim would be the right person for such a task, as he has been not just DG ISI, but was DGMI just before that. While his appointment was given such wide coverage and close attention because off the Army’s previous political role, the speech of his predecessor, Gen Qamar Jaced Bajwa, to a Defence and Martyrs Day ceremony the day before, would also express sentiments that would tie his hands. However, his political importance may not be as great as that of some of his predecessors, but it will still be great.

The country is a little like a recovering alcoholic or drug addict. Martial law is like a relapse, and as alcoholics or addicts can attest, once in the trap, one cannot ever assume that one is out of it. Alcoholics and addicts always identify themselves as such, merely adding the number of days they have stayed away from substance abuse.

There is no indication of his having been feverishly pro-Imran before his taking over the ISI, but it is a safe assumption that he was likely to have been favourably inclined. That apparently did not stop him from doing what was right. It is possible to see him telling Imran about the malfeasances in Punjab in a positive spirit, in the belief that he would carry out a self-correction. Instead, he demanded his head. The COAS had to do some clever footwork to get him his corps command, and make sure he qualified for the COAS slot. General Bajwa can be seen as fair to all, for his insistence on moving General Faiz from ISI was so that he could command a corps, and thus qualify for the top slot.

There is another reason why General Asim is a standout: he is not a Kakul graduate. He passed out from the Officers Training School, Mangla. Having won the Sword of Hour there in his course, would have stood him in good stead, but he would have spent his working life having to live down the OTS label. He would also have found himself excluded from the informal network which is under the formal network that constitutes the structure of the Army. He is a Piffer (that is, was commissioned into a unit of the Frontier Force Regiment), which means that the infantry retains the slot, as it has done continuously since a gunner last held the job, Gen Pervez Musharraf. General Bajwwa belonged to the Baloch Regiment, his predecessor, Gen Rasheel Sharif, was also a Piffer.

That he is of a different caste from General Bajwa (whose very name identifies him as a Jat) means that Punjab Chief Minister Ch Pervez Elahi (or other Jat politicians) will no longer be able to trade on this. Ch Pervez has used the caste coincidence to increase his own importance in Imran’s eyes. However, though there are a number of Syed politicians, none can use that to claim access to the Syed who has now become COAS. The last Syed to have held the job was Pervez Musharraf. He did not allow this to become a means of getting close to him.

Be that as it may, it should be noted that the new COAS will not be beholden to the Prime Minister, as he was after all the most senior officer. Even if he feels beholden, he will be overcome by his institution. From one point of view, the COAS is all powerful, but from another he is powerless. He is all powerful if his orders are the ones that will be obeyed. He is powerless in that he must ensure that his orders do not go against the wishes of the institution, which essentially means the officer corps.

That means that whenever Martial Law was imposed, it was done because the officer corps wanted it. In the case of the third Martial Law, that imposed by Martial Ziaul Haq, he resisted doing so, but then found he had to. Once he had, everything then followed.

Similarly, General Musharraf would not have imposed Martial Law if a redline had not been crossed. It is a separate discussion how much he and his team contributed to that crossing (his dismissal), but the fact of the matter is that the officer corps was more or less ready.

The COAS thus has to keep on assessing the mood of the officer corps, which relies on his judgement. That also means that political leaders have to do the same. It should not view the COAS as an uncrossable barrier. The new COAS should try to make sure that matters do not reach the point of no-return.

The country is a little like a recovering alcoholic or drug addict. Martial law is like a relapse, and as alcoholics or addicts can attest, once in the trap, one cannot ever assume that one is out of it. Alcoholics and addicts always identify themselves as such, merely adding the number of days they have stayed away from substance abuse. Pakistan has been under Martial Law. At this point, it has avoided military rule for under a decade. Hopefully, General Asim will lengthen that time. It is a pity that the primary method of assessing his legacy will not be on how well he leads the Pakistan Army, or what reforms he introduces, or anything that he does, but rather on something he doesn’t do (impose martial law). But that is the price of being COAS.

The Supreme Court’’s taking suo motu notice of journalist Arshad Sharif’s murder in Nairobi may be a case of too little too late. An...
Read more

December 9, 2022
ISLAMABAD: Finance Minister of Khyber Pakhtunkhwa, Taimur Saleem Jhagra has said the provincial government would be facing a shortfall of Rs155 billion due to...