A rude awakening for the Republican Party 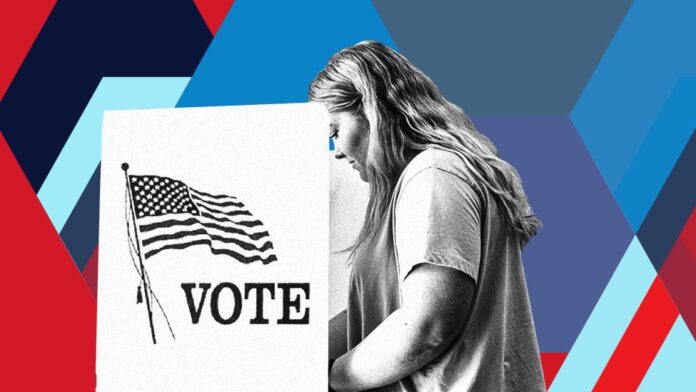 The final results of the 2022 midterm election demonstrated several critical revelations. First, the majority of the American public still believes strongly that our democracy remains the bedrock of our political system and strongly repudiated political violence. Second, whether running for re-election or for a new position, the vast majority of those candidates who questioned the results of the 2020 election or promised to overturn future election results, have generally been soundly defeated. Third, this election has splintered the Republican party, between those who still believe in the constitution and the principles of democracy, versus those who follow Trump and hold extremist positions—election deniers and white supremacists who are ready and willing to violate the constitution and our democratic form of government only to hold onto power.

Finally, the election has dramatically weakened the Republican party due to the division within the party, which was largely precipitated by the result of the election. There are those who continue to support Trump, the extremist MAGA Republicans who are out of touch with the American people, and those constructive conservatives who view Trump as an albatross on the party and who are abandoning him. They want their party to solidify its footing and redeem itself, especially as we approach the 2024 election.

This month’s results have shown that a great majority of the country will no longer follow Trump, including Republican leaders such as former Vice President Pence, who said it’s now time to move on. Although many Republican leaders urged Trump not to run again because the future of the party is on the line, he nevertheless announced his candidacy for the 2024 presidential election, which has now further increased the pressure on many Republican leaders to decide whether to follow him or abandon him.

The reaction to Trump’s announcement was very lukewarm, from both the public in general and from the media, especially the conservative outlets who blame him for the results of this election and see him as a loser and openly condemn him for what he has done. It made the schism within the party ever greater while emboldening those who oppose him, who fear that following him any further will doom the party perhaps for a generation.

The constructive conservative Republicans who have chosen to stick with democracy must now develop their own agenda as to how to strengthen their anti-Trump wing of the party. They must first begin to systematically deny, defy, and distance themselves from the MAGA Republicans who continue to pose a threat to our democracy. Those who are seeking authoritarian one-party state rule in practice along the line of Hungary’s President Orban want to politicize the judiciary, manipulate the electoral system, abolish social security and Medicare, make dissidents powerless, control the media, and tolerate violence against any opponents.

The question is, will pro-democracy Republicans eventually acquire the upper hand, and what will it take? To do so, they need to develop a constructive conservative agenda, work with Democrats whenever and wherever possible to advance socio-economic causes, and make room for compromises in the service of the national interest.

First, the constructive conservative Republicans will need to campaign against the idea promoted by election deniers of sending new slates of electors to the electoral college should they not like the results of the election. And to engender more public support they must fight to strengthen American democracy, strongly support the rule of law, and fully abide by the result of fair and free elections, which the American public badly wants as they have demonstrated by the result of the midterm elections.

The result of the midterm election has caused a seriously widening fissure within the Republican Party.

Third, the American people have shown in numerous referenda that there is majority support for some form of abortion access. The constructive conservative Republicans must cease trying to implement any further legislation to ban abortion on the state level, and drop the idea of a nationwide abortion ban. Not only is this wholly unpopular across the country, but given that in the leadup to the Dobbs decision GOP leaders promoted the idea that abortion is a states’ right issue, to turn around and call for a nationwide ban on abortion is the height of hypocrisy.

Fourth, they must not support the call to end Medicare and Social Security, calls that have been echoed for decades yet remain extremely unpopular. They must also discourage others in their party from continuously promoting unpopular ideas which will only cause further harm to the party.

Fifth, instead of merely criticizing Trump for his false statements, which are sure to explode in number and scope during his campaign, they must fact-check him and point out the truth. Refuting his lies publicly and often will restore the public’s trust and also give them an opportunity to promote their own constructive conservative agenda.

Sixth, it must henceforth be a given that they make it absolutely clear that they are not election deniers, repudiate those who are, and pledge that they will respect the results of future elections and will never again engage in the falsity that the 2020 election was “stolen.” The proof showing that the 2020 election was legitimate is overwhelming, and the vast majority of the American people want the chaos and circus to end. It will only further emasculate the GOP if they continue engaging in this falsehood.

Finally, constructive conservative Republicans in the House and the Senate must pledge to not support any bogus investigations against Biden, Attorney General Garland, or any other frivolous investigations, as they are solely political in nature and do nothing but distract the country from the urgent issues facing the nation.

The result of the election gave the Democrats some room to breathe and considerably enhanced Biden’s credibility. The administration must now focus on charting a new path for growth and opportunity for all who seek it, while continuing to deliver on promises they have made and build on what they have achieved. This included rejoining the Paris Climate Agreement, reversing Trump’s cruel family separation policy at the southern border, and reauthorizing the Violence Against Women Act while closing the “boyfriend loophole.” And in addition to the $2.2 trillion CARES stimulus bill in the wake of the pandemic, the Biden administration passed a $1 trillion infrastructure bill, created a plan to forgive up to $20,000 in student loan debt per borrower, and passed the most significant gun control law in 30 years, as well as the Inflation Reduction Act.

Most importantly, the Democrats need to continue to aggressively pursue climate change and address its effects, which are far-reaching and causing an increasing displacement of millions of people, which is fueling a massive influx of immigration. In that regard, the Democrats also need to continue to address immigration and search for a solution to bring immigration under control while remaining consistent with our culture and history of being a country of immigrants, which made America great and powerful.

Under Trump, the United States saw for the first time in its history a president who challenged and violated the constitution, and refused to accept the results of a legitimate election. He was willing and very nearly succeeded in burning our democracy to the ground by plotting and executing a violent insurrection to annul the legitimate result of a free and fair election, which is tantamount to treason. And for this, he must have his day in court. This must be a very serious wakeup call for all Republicans.

Democrats and Republicans alike should be united and unequivocal to ensure that America will never again face the likes of Trump. They must commit to preserve, protect, and defend our democracy, which is the most precious value that has defined America since its inception.