Civilians must take control of their destiny 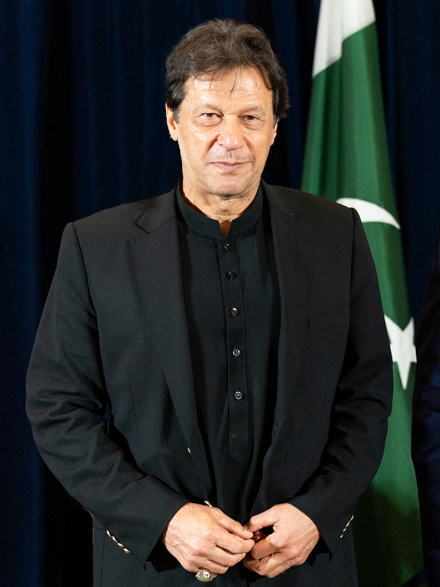 On October 12, Former Prime Minister (PM) and Chairman Pakistan Tehreek E Insaf (PTI) Imran Khan reiterated his claim that though he was the PM, the country was run by some other power. That is, as the PM, he remained devoid of full power to run the country’s affairs. Khan said so during his interaction with journalists in Lahore.

That Khan was having less than half power to run the country is an admission of serious proportions. Politically, the statement can be cashed in on by the opponents as Khan remained a puppet PM while some other quarters were calling the shots. However, the account may be taken as a declaration of reality that the PM office was sabotaged by the influence created from somewhere else. In his admission, Khan was referring to the overarching power of the Army to run the country’s affairs by bypassing his office.

Khan’s avowal must be seen in conjunction with another statement that he has given several times in interviews to various electronic media channels. He said that he was not instrumental in activating the National Accountability Bureau (NAB) against his political opponents who kept on casting slurs on him each time they got released from the NAB custody. In this admission, Khan also referred to the institution of the Army to manage the NAB by bypassing his office.

During the PTI’s stint in power, it was known that the Foreign Office was being controlled other than the office of the PM. Nevertheless, Khan is now saying that his office lacked independence in running the country’s affairs, which means that his office did not remain fully functional.

When the pocket of a common man is used to run the financial affairs of the country, his vote must carry a value of decision. Stop deceiving voters lest the voters get disassociated from the electoral practice.

Politicians of all hues must not take these statements light-heartedly, if they believe in the supremacy of Parliament and if they think that the country should be run by the dictates of the constitution. Khan is telling clearly that the political sphere had been breached to the detriment of Parliament. By extension, any new government would meet the same fate.

It may be possible that the incumbent coalition government of the Pakistan Democratic Movement (PDM) is strong enough to carve out its own path, especially in the post-PTI stint at the Centre; however, it should not be ruled out that the PDM can also be shown the exit door if it defied the powers that be.

Generally speaking, Khan’s statement has instigated a wave of disappointment affecting all those who dream of and yearn for the supremacy of Parliament. Khan has said that the PM office is not fully independent in taking decisions. Khan’s statement should not be taken as a situation specific to the PTI or that the situation would never be confronted by other political parties in power. The issue of DAWN Leaks and the consequent plight of the government of the Pakistan Muslim League Nawaz (PML-N) was an excellent example. Similarly, the sit-in arranged in Faizabad to dent the resolve of the PML(N) government was a hint who wanted what.

Khan’s statement is a telling reminder that the vote of people is disrespected. Voters are considered imprudent to elect their representatives whereas the salaried class in the uniform is the real rules of the country. The whole electoral process is a farce meant for hoodwinking the voters, who falsely kept on believing that they were defining the country’s destiny. It is unfortunate that a salaried class has assumed powers of a master, who could decide the country’s future.

Developing countries are beset with a calamity that, in search of monetary gains, they side with one bloc or the other. The benefactor finds all reasons and opportunities to exploit the beneficiary. Pakistan saw this phenomenon as a rentier state, not once but multiple times. It was the time when decisions about Pakistan had been made outside the country. To elaborate, Pakistan’s rentier status made it possible to run the country remotely.  Pakistan was just an implementing force, even for the jihad project in Afghanistan. The project is over but the machinery is still in place.

It is known that, during the PTI’s spell in power, both serving and retired army officers were sent to various administrative posts meant for civilians. One assumed the reason was that the Army was supporting the PTI’s government to make it successful. However, Khan is saying that the invasion caused more harm to his government than bestowing any benefit on it. In reality, civil servants are far better qualified, educated and trained officers to run civil administration. No officer from any other institution can be a match for them. The exam of Central Superior Services produces a lot intellectually superior to administer and more capable of running the country.

With the power of hindsight, one can say that Khan’s government should have relied on civil servants to run the country. Khan’s silence on the otherwise situation spoiled his stretch in power. Now, he is regretting the past.

Pakistan does not need local masters who could surrogate foreign masters. People are being heavily taxed. Public money runs the country’s affairs. It is high time the civilians took the destiny of the country in their hands. Assert the supremacy of Parliament, follow the constitution, and bank on civil servants to perform the assigned tasks.

When the pocket of a common man is used to run the financial affairs of the country, his vote must carry a value of decision. Stop deceiving voters lest the voters get disassociated from the electoral practice.

January 29, 2023
Peshawar: The National Highway and Motorway Police recovered a huge quantity of drugs on the Motorway M-1 near Peshawar on Sunday. On the basis of...