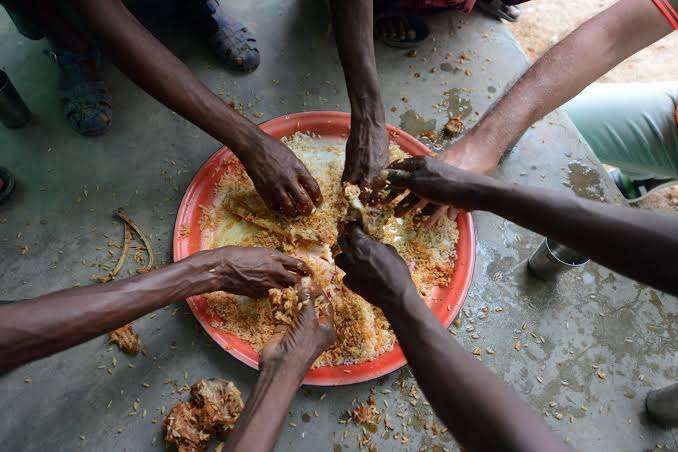 Pakistan seems to be in for a serious bout of inflation in the coming days and weeks; partially the situation is aggravated by the external shocks like bad exchange rate adjustment by the central bank; a haphazard withdrawal of subsidy by the incumbent government in the rush for the IMF programme, especially in the all-encompassing energy prices and lastly due to the global warming-triggered abnormal monsoons.

The last-mentioned factor has hit hard at the cutting-edge security the otherwise sluggish Pakistani economy has always maintained; food security. As information; collected by the sitting government as well as external agencies like WB, IMF and UNO stream in; the biggest casualty is going to the food basket, pushing a great number of people beneath the poverty line.

The loss of food security and with the economy and polity in shambles, Pakistanis as a nation might not have wished a scenario worse than that. However, the fact of the matter is that this is staring directly at the face of the country

The reason for that slide will be the inability of a large number of people to buy food in the volume which conforms to the minimum nutrition standard. That inability has already generated frustration among large sections of public, and political parties in their opportunism do not shy away from providing the frustrated with fast moving CG 125 bikes and 9 mm pistols; hence a rise in street crime all over the country and especially in the large urban centres like Karachi, where the contrast between haves and have-nots is so stark.

Apart from the fact that the current flood shock has devastated the current supply lines and caused prohibitive inflation; the scenario onwards is not without fears. The agricultural sector is in shambles on the count that the human resource which is responsible for the sowing of the fresh crop and vegetables is in crisis itself. As a matter of fact, whether it is wheat, rice and major fruits and vegetables, Sindh as a contributor has not much to offer as the season progresses.

The timing of floods has ruined or seriously damaged the rice crop which was otherwise standing for harvest. The consequent impact on the paddy market at the onset of October 2022 is that the Punjab-based crop will have to take the complete load of the domestic as well as the international demand. Here we may not forget the fact that the food market in Afghanistan invariably depends upon the Pakistani supply lines for catering to its ever-growing demand. Another loss can be in the domain of textiles where the staple raw material cotton might have been washed away, especially in Sindh.

On the back of this uncertainty, the wheat crop which is sown in Sindh earlier than Punjab and KPK is likely to be impacted; not just the short-term supply issues, but its devastating impact on long term supply line issues cannot be ruled out.

Given the fact that the Pakistani market has an inelastic demand for the major food grain wheat, any government; political or otherwise, cannot afford to look the other way and fail to address the issue. The options available for Pakistan are import of wheat as well as rice, if the final market supply aggregate for the winter season is not up to the mark.

Here it may be noted that the winters in Pakistan are generally regarded as the marriage season and during the season; supply of major food inputs like rice, wheat flour and meat; chicken; beef and mutton, fetch high prices. As per the international agencies estimates, about two million acres of land all over Pakistan, inclusive of Sindh, KPK, Punjab and Balochistan, are under water with a standing crop, predominantly rice.

Given the fact that the contribution from Sindh is again a question mark; prices can register an increase as winters set in. Here it would be of interest to note how much livestock contribution comes from Sindh. Further the prices of the above-mentioned meat types have already registered an increase during the dry summers and have escalated and maintained an inflationary trend.

As the future scenario looks bleak as far as supply lines are concerned, it can be well imagined how much impact on food basket can be contemplated. To begin with, the meat basket is likely to inflate the Sensitive Price Index of 53-odd items; with kitchen items dominating the list. With so many animals, potentially many of the available lot used for husbandry multiplication; the livestock market can face a prolonged shortage all over the country. With few animals available for sacrifice, the price of meat, minced meat and other varieties which are already on the higher side is expected to escalate further.

Likewise, the prices of major kitchen inputs like tomato and onion demonstrate that the pressure on kitchen budgets of a common man is going to be intense. Here it may be pointed out that a section of unscrupulous traders favoring higher prices for the sake of profit can sabotage import of the essential vegetables from the neighbouring countries on both sides of the border under any national security or hate tag.

In the context of rice, as said earlier, the price of prized Basmati rice which used to fetch a competitive rate of Rs 160 to 180 per kg, is now available at the rates of Rs 300-plus per kg. That situation is further aggravated on the count that what is sold can be customized: a lower category can be sold as Basmati.

Wheat, which is sown in Sindh after the clearing of the fields from rice and sugarcane crops, also faces the prospect of delayed sowing or less than expected sowing. Given the hard fact that the incumbent government is likely to shy away from anything having a semblance of subsidy, there is a big question mark, as to how the government in charge trades off between providing an effective subsidy now for a good wheat crop; or it allows the market forces to take their path, compromise the bumper yield; which is a time-tested dividend of an alluvial soil-enriched flood plain, and import wheat for consumption.

Here one might not lose sight of the fact that the government also lost a part of its strategic wheat reserves under the head of PASSCO, Sindh and Punjab Food department godowns which were in the flood-hit areas in all the four provinces of Pakistan. On the sidelines; another issue which can bother the food basket is the expected impact of the chaos on the coming sugarcane crop harvest trends and their effect on the processed sugar prices; another inflation multiplier for the confectionery and sweet industry.

The loss of food security and with the economy and polity in shambles, Pakistanis as a nation might not have wished a scenario worse than that. However, the fact of the matter is that this is staring directly at the face of the country.

For many political observers, election is the last option to steer the country out of the crisis. The logic being that once the new leadership is in place; it will inspire the technocrats to do the needful. However, the sorry aspect is that all the political players might have ideas in mind to steer the country out of the quagmire; however, none might be practical enough to make a difference. A great change in the unwritten social contract, from the viewpoint of minimizing the overbearing shadow of the “national security state” to give way to the welfare state, can be the way forward.

Crisis can be minimized if the afflicted masses are still subsidized within with courage by the leaders. Asking for each permission from the remote forces might only aggravate the crisis. Pakistan needs to think “Turkey” or “Iran” to face the truth and get on the road again. Otherwise the situation on ground is nothing but a recipe for civil war.