Trashed by the elites

Rather than leading, elites have merely exploited 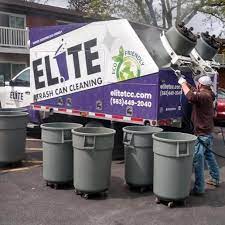 Pakistan is a day short of celebrating its 75th freedom anniversary but is still agonized by similar past troubles. Both the state from which we emerged (India) and the state that emerged from us (Bangladesh) are doing better than us in various sectors. These states experienced a natural and organic political development that assisted them in surmounting their social and economic afflictions in many ways. Whereas the politics in Pakistan predominantly revolved around various groups of elites and its development was a result of the clash among the ranks of these different elite groups. The approach from this perspective of elitism can provide great insights into the complexities of the turmoils faced by this country.

After the partition, three major groups of elites emerged and controlled the affairs of Pakistan by making major decisions for the country. They were the landowning elites, bureaucratic elites, and military elites. The landowners of vast agricultural and non-agricultural lands resisted the land subdivisions in every way possible, which threw us back in time. At the same time, India was proposing and implementing its land reforms. Another group that consisted of educated and cultured individuals took charge of all the state departments as bureaucrats. Among these bureaucrats, the officers from the Civil Service of Pakistan (CSP) were at the top who devised policies for the state and benefited themselves from key governmental positions. The bureaucratic elites have a more secularized approach regarding state affairs resulting in a tussle with landlord elites.

After a decade of freedom, the military elites directly came into power as a result of a successful military coup. They liaised with other groups of elites such as religious and industrial elites to suppress the powers of bureaucratic and landowning elites. General Ayub Khan passed the first land reform legislation of Pakistan in 1959, it also gave a stronghold of governmental and administrative positions to military elites. This broke the monopoly of bureaucratic elites and lessened the influence of the landowning elites.

In 1971, the clash among the elites of the West and East Pakistan led to Bangladesh’s making. The elites of west Pakistan enjoyed more power and held major administrative positions, they neglected the needs and issues of East Pakistan which sparked the ultimate crisis. Also, the industrial and corporate elites of west Pakistan used their ties with bureaucratic elites to suppress the corporate elites of East Pakistan by starving them of export permits and other trade permits. The power-hungry political elites also played their part by challenging the electoral output of the 1971 elections. All this along with some ethnic and cultural differences created a rift between East and West Pakistan and ultimately led to the formation of Bangladesh.

After 75 years, we are a country where the major stakeholders of the destruction of Pakistan are these elite groups and their rifts and still, we are unable to see them stopping at any cost. On the 75th birthday of this country, let’s pray to God to have some mercy on this country because the blood-sucking leeches are not having any.

Mr. Zulfiqar Ali Bhutto, after seizing the power in 1971, introduced more land and labour reforms. He also nationalized the corporate and industrial sector in Pakistan, creating a rift between political and industrial/corporate elites. This ended when Gen Ziaul Haq imposed Martial law in 1977 and got rid of Bhutto on a murder charge. During the dark and torturous Zia era, another group of elites came to prominence; the religious elite. They were the output of the Soviet-Afghan war in which Pakistan played a key role by manufacturing Mujahedin and over-implementing jihad doctrine. They, the religious elites, considered themselves the true protectors of Pakistan’s identity and saviours of Islam in South Asia. Subsequently, the landowning elites backing PPP and industrial elites backing PML(N) kept coming into power one by one. Along the way, there arose some middle-class political parties such as the MQM, TLP, and PTI but they fell prey to the populist narratives, and their true essence and ideologies were suppressed when they became puppets to protect the interest of these elite groups.

The country, which came into being because of the sacrifices of poor peasants, labourers, and other working-class individuals fell into the claws of the elites. They devoured the resources of this country without making any sustainable developments. Throughout the brief history of this country, they kept vanquishing each other directly or indirectly to satisfy their needs. Their clashes to protect their self-interests resulted in the polarization of society and gave rise to religious fanaticism.

As a result, the deficits of this country plunged, and still today more than $17 billion of privileges are enjoyed by these different elite groups. What kind of Machiavellian approach to protecting self-interest is this where the inflation rate of the country exceeds 20 percent, the purchasing power of the layman is continuously decreasing, the currency is in freefall, and public welfare institutions are crumbling?

After 75 years, we are a country where the major stakeholders of the destruction of Pakistan are these elite groups and their rifts and still, we are unable to see them stopping at any cost. On the 75th birthday of this country, let’s pray to God to have some mercy on this country because the blood-sucking leeches are not having any.

Badar Khalid
The writer is a freelance columnist