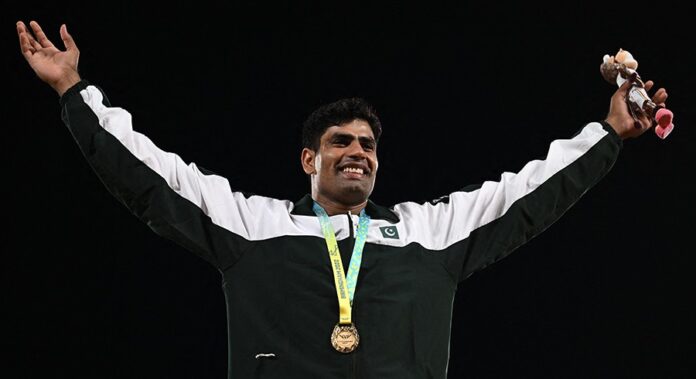 Despite carrying an elbow injury and without a coach, he stepped up and created history with his resilience and brilliance.

He won the javelin throw final at the Alexander Stadium with a 90.18-metre throw and became the first South Asian to cross the 90-metre barrier.

Meanwhile, the Pakistan cricketer fraternity applauded Nadeem’s incredible feat and took to Twitter to express admiration for the special talent.

October 7, 2022
ISLAMABAD: The National Assembly on Friday passed two government bills and referred four bills as well as an ordinance to the relevant committees. The bills...