The foreign funding case spells trouble for the PTI 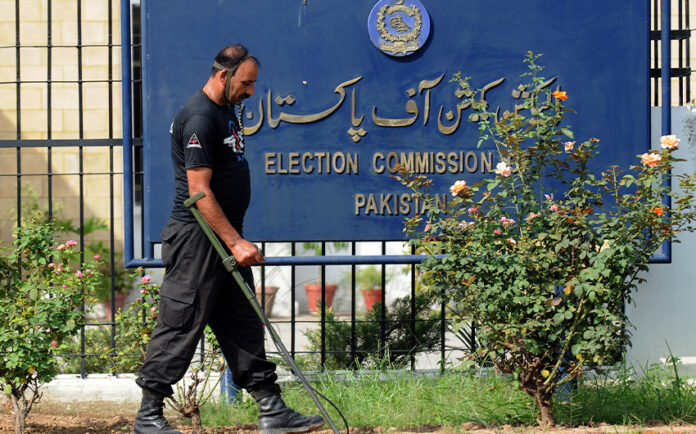 On August 2, the Election Commission of Pakistan (ECP) announced the decision on the financial integrity of the Pakistan Tehreeke Insaf (PTI). The verdict made public three main findings. First, from abroad, the PTI received funding in millions of dollars, the sources of which were prohibited under the prevalent laws of the country. Second, the party hid certain bank accounts from the ECP. Third, the financial details that the PTI provided to the ECP were grossly inaccurate.

It was a historic verdict announced by a three-member bench led by Chief Election Commissioner, Sikandar Sultan Raja, who had to bear scathing criticism and weather threats in case he issued any adverse verdict. Filed by an insider, Akbar S Babar, a founding member of the PTI, the case had been lingering on since November 2014. The PTI’s lawyers employed all tactics available to forestall the verdict. Nevertheless, the ECP chairman endured all pressures to perform his duty intrepidly and brought the truth to the public.

In one go, the verdict has drowned all claims of honesty and transparency touted by the PTI. With that, the PTI’s moral standing has been bruised gravely. The party which had espoused the cause of integrity stands mired in the sea of lies that it kept on speaking to the ECP for eight years. To the verdict, the PTI’s response is not reason but more bullying of the ECP. This is the strategy that the PTI has evolved over the years to carve out its political path.

With the verdict, the PTI’s hitch-hiker’s journey, which remained reliant on intelligence agencies to perform and the higher judiciary to rescue, has ended, though some in both institutions may fight a losing battle. The verdict is a godsend for the Pakistan Democratic Movement (PDM) which is bearing the brunt of the failed economic policies of the PTI’s stint in power. The PDM is also ready to pay the PTI back in the same coin.

The verdict offers a sigh of relief to those who are fed up with agitational politics, those who abhor hearing blatant lies and those who are victims of disparaging campaigns. Such people may think that the era of falsehood is about to be concluded. The age of social media teams swaying the pliable minds of the youth may also be over.

Anyway, now the era before the PTI is one of struggle. Real politics starts now: how to shed the impression of deception and how to restore the confidence of the voters in the party. This is a new kind of battle the PTI has to contest not only in the court of law but also in the streets.

The verdict is bound to affect politics in Pakistan. The PTI’s demand to hold early elections is going to dissipate for three reasons. First, the PTI is about to get busy in the courts of law. Second, the PTI may not like to go into the polls with the blemish of trickery. Third, the hidden hands supporting the PTI would think twice before supporting the party.

The PTI’s whole case shows a scenario that the rise of a new political party is not possible without stirring religious, ethnic and nationalistic sentiments of the masses. Merely a political manifesto projecting developmental work is insufficient. Further, sheer political gimmicks have the potential for swaying the Pakistanis, who are still politically naïve and malleable. They tend to believe in promises which are unrealistic. They think that a leader can do miracles to deliver what is unachievable on the ground. They believe in hollow promises without thinking whether or not those could be fulfilled.

The PTI’s rise also showed that people believed that Pakistan could develop and prosper merely by conjuring miracles and not by doing hard work. They looked for a politician who could exploit their sense of belief in wonders. Rising to the occasion, the PTI did that aptly. Nevertheless, the PTI failed to perform during its stint in power. The party went back on its almost all electoral promises, which were unrealistic from the word go.

The verdict also repays the PTI. The conspiracy theory that the PTI promoted to forward its cause would also boomerang to tarnish the PTI’s reputation. In the hands of the PTI’s staunch political opponents such as Maulana Fazal-ur Rehman, the conspiracy theory that foreigners funded the PTI to achieve certain nefarious objectives would reflect badly on the party. The PTI’s leadership unnecessarily made Rehman a butt of jokes in political gatherings. Now, it is the turn of Maulana Fazal to level the score.

Two points are yet to be known: first, whether sit-ins staged by the PTI were also foreign-funded; and second, whether the PTI’s social media activists are also paid by the money collected abroad.

It would be interesting to see the behavior of Pindi boy, Sheikh Rasheed, who had joined hands with the PTI in 2014 for getting in return the Ministry of Railways, then Interior. This was a dream job for Rasheed. He did it with all hiccups while the crutches were provided by Mirza Shahzad Akbar. Similarly, it would also be interesting to see how many members stick to the PTI in coming days.

The ECP has also issued a show-cause notice to the PTI to explain why the commission should not seize the funds declared illegal in the verdict. The federal government may resort to invoking laws banning the party.

Whether the party is banned or not, one thing is clear: the PTI is about to enter the era of long-drawn legal battles. It would also be a grueling challenge for the known like-minded judges of the Supreme Court to rescue the PTI. Similarly, whether banned or not, the party has obliterated its chances of swift, profound electoral success in the future. It would be difficult for the party to defend its character before the voters in the next general elections.

Anyway, now the era before the PTI is one of struggle. Real politics starts now: how to shed the impression of deception and how to restore the confidence of the voters in the party. This is a new kind of battle the PTI has to contest not only in the court of law but also in the streets.