How do  we go forward? 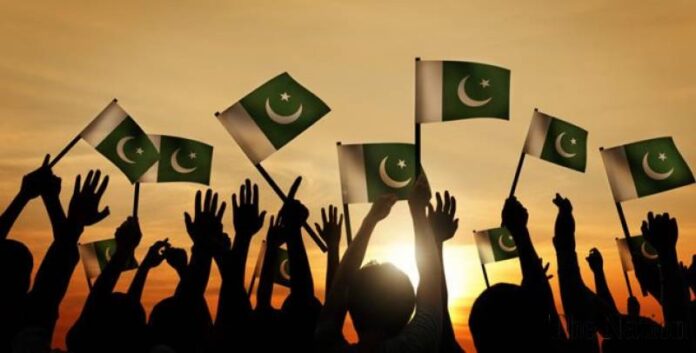 Pakistan faces a great number of challenges; internal as well as external. A few of those challenges need immediate action. Radicalization among youth, particularly the Baloch of Balochistan, is one of them. It is a challenge that can be exploited by external powers. Mostly, scholars around the globe try to connect radicalization with faith and religion, but this is not always the case. Discrimination, apathy, psychological vulnerabilities, and uncertainties can develop violent radicalization leading to extremism in youth.

Many of the Baloch youth specifically from its southern part, are victims of radicalization in different forms. They feel or consider that the mega projects, such as Saindak and China Pakistan Economic Corridor, are not for Balochistan but Punjab and Islamabad. They also feel discriminated against on account of different state policies and the distribution of resources of the province. Such sentiments make them prone to radical ideas and extremism.

Firstly, according to a research paper, discrimination on the basis of language and political views is independently associated as one reason for radicalization. In this context, the Baloch were described as ‘uncivilized’ in a syllabus taught in Punjab since the days of Ziaul Haq until the matter was raised in the Senate in 2016. Thus a whole generation was raised reading that Baloch are not civilized. Such discriminatory remarks are among the reasons that lead the youth towards radicalization, in Balochistan and elsewhere.

Another research paper states that perceived discrimination in the forms of physical assault, damage to property, insults, and unfair treatment at work, may also cause radicalization. These reasons can be traced in Balochistan. People are being physically assaulted in different forms for no reason or for inadequate reasons, specifically by the personnel on various checkposts and by the traffic police. Such unfair treatment can push already marginalized youth towards violent radicalization.

Thirdly, adolescence is a turbulent time, making the youth vulnerable to extremist ideas. It is accompanied by the search for an identity that can become a driver for violent radicalization and such a search can drive these curious youth into extremist groups. The recent incident of dragging and humiliating Baloch peaceful protesters in Karachi could prove a trigger for the Baloch youth against the authorities. It can make them vulnerable to extremist ideas as they have already been experiencing racial profiling in Punjab and Islamabad. Besides, it was a violation of the Constitution that provides protection to the peaceful protesters under Article 16.

Violent radicalization in youth leading to extremism needs serious attention. Different scholars have given different reasons for radicalization. Unfortunately, many of them are present amongst the youth of Pakistan in general and that of Balochistan in particular. Where the Baloch youth think they have been marginalized because of the state’s policies, it is also a fact that geography and history had a role to play.

Moreover, students studying in Islamabad are reluctant to go back to their hometowns because they are afraid that they will go missing there. Amid such a volatile situation when Baloch are protesting while remaining within the Constitution, it is worth asking what triggered the Sindh Police to turn brutal against them. Such unacceptable behaviour and attitudes can push the youth towards violent radicalization instead of demanding rights within the boundaries of the Constitution.

Different minds will see this act in different ways and it is not helpful for national integration. Such humiliations can exhaust the patience of many and give birth to radical ideas among youth in the province, particularly the Baloch who have recently faced this humiliation and disrespect.

A thesis on ideological radicalization for Naval Post Graduate School, Monterey, California by John A. Abrahams puts forth an argument on similar lines. It argues that a great number of disconnected youth (aged 16-24) who are neither in school nor have any employment, something common in major areas of Balochistan, are joining the (so-called) Islamic State in Iraq and Syria. In the case of Balochistan, more than 50 percent of children are out of school in 17 districts. While the unemployment rate in Balochistan stands at 4.3 percent and some 41 percent of the population lives below the poverty line. It simply means that they are disconnected youth and are prone to radical ideas.

Furthermore, scholars in great numbers agree that digital radicalization is a bigger challenge than traditional radicalization. Youth often join like-minded groups on social media and then read, listen and watch one-sided views frequently. This makes them believe they need to do something to secure their identity or rights or anything similar. Such similarities are also found in Balochistan where social media is not monitored effectively and there are a number of groups and pages on different social media platforms that keep alarming the youth that their rights and identity are in danger, their forefathers defended a cause and they should also, so on and so forth. Where many times such claims have no real basis at all and are either generated in emotional hype or for the vested interests of specific people, pressure groups, or political parties.

Violent radicalization in youth leading to extremism needs serious attention. Different scholars have given different reasons for radicalization. Unfortunately, many of them are present amongst the youth of Pakistan in general and that of Balochistan in particular. Where the Baloch youth think they have been marginalized because of the state’s policies, it is also a fact that geography and history had a role to play.

First of all, the provision of employment to the youth can drastically minimize the chances of violent radicalization among them. Secondly, through counseling programs, capacity-building initiatives, confidence-building measures, use of print, electronic, and social media, the youth of the province can be convinced with actions rather than mere words that their rights are theirs and there is no threat to their identity. Thirdly, the gap between the masses and the armed forces should be bridged through the on-and-off visits of high-rank officials to various colleges and universities of the province, which is a visible trend these days. This positive practice should continue. Fourthly, citizens of the province should be owned in letter and spirit, and the feeling of apathy in other provinces regarding the Baloch sentiments should be countered through the single national curriculum for a better Balochistan and a prosperous Pakistan. Lastly, people themselves ought to choose their leadership on the basis of performance and merit and then hold their representatives accountable irrespective of their tribal affiliation.