Looking into the past of a mountain kingdom 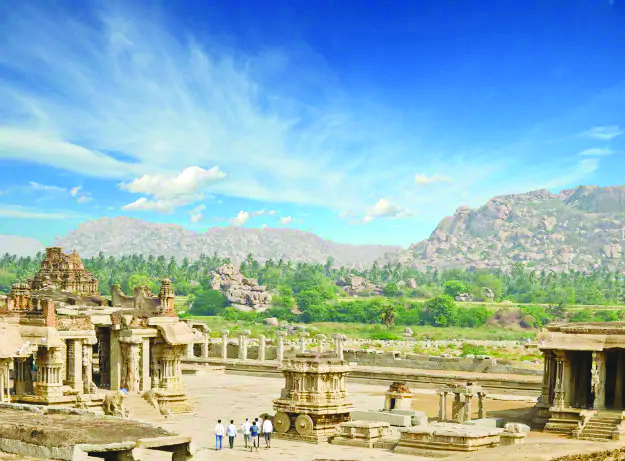 Located in Southern Asia, the Kingdom of Bhutan, its present capital as well as largest city Thimpu, is a landlocked country between China and India near Nepal and Bangladesh, having a population of over 788,615 and territory of 38,394 sq km, globally ranked 133rd in terms of land area and 160th in population.

Traditionally, Bhutan and its neighbour Tibet are followers of the Vajrayana sect of Buddhism, which originated in India and spread to Bhutan during the era of the Pala Empire of Bengal.

Its regional and global position began to change in the 16th century when Ngawang Namgyal, the ruler of Bhutan unified the valleys of Bhutan in a single state and defeated three Tibetan invaders. He codified the legal system of the country and established a government of theocratic and civil administrators and moulded himself in the role of a religious leader like the Dalai Lama of Tibet. It expanded to a large extent in the 17th century when it controlled parts of northeast India covering Sikkim and Nepal and Cooch Behar State. It however, gave some parts of Bengal to British India when it fought a war with Bhutan in the 19th century.

In the meantime, the House of Wangchuck emerged as the monarchy and established closer ties with the British in the Subcontinent. In a further step, the newly emerged monarchy signed a treaty with the British in 1910 which guaranteed British advice in foreign policy in exchange for internal autonomy in Bhutan. This arrangement of the British era regarding the security and sovereignty of Bhutan, continued with India after 1949 and as a result, both countries recognised each other’s perspectives of defence and strategy in the region, South Asia. Especially with India, Bhutan’s understandings have matured and are similar on different regional and global issues facing the world today in the age of globalisation.

In July 1972, after the death of his father Dorji Wanchgchuk, Jigme Singye Wangchuk became the King of Bhutan at the age of 16. The new king, like his father, worked a lot to promote the use of Dzongkha language, a language of Bhutan from the beginning of 1960s and simultaneously discouraged the use of Hindi as well as Nepali, spoken by some of the people in different parts of the country. Gradually, the use and speaking mobility of both languages were discontinued from school curricula and Bhutanese schools by the end of the century

Historically, the ethnic group that lives in today’s Bhutan and nearby Tibet and to some extent in Arunachal Pradesh had been traced to between 500 BC and 600 AD and from that time onwards the daily life of the people were heavily influenced by the religion of Buddhism.

The religion, originated in India, was first introduced in Bhutan in the 7th century and the Tibetan king Songtsan Gampo, who ruled between 627-649 AD, was a Buddhist convert and extended the Tibetan Empire into Sikkim and Bhutan. The king of the time himself as well as his successors worked hard to propagate the Buddhist religion in the area and also erected several Buddhist temples to maintain and promote religious faith and teachings of Lord Buddha. As a result of this, the political life of the people was wrapped in the religious myths and superstitions patronised by various kings and warlords from time to time.

By the 10th century many subsects of Buddhism also emerged which divided the society on the basis of different faiths and teachings. For more than four or five centuries there was the rule of the Yuan dynasty who ruled till the end of the 14th century. Following its decline, various sub-sects began to struggle for supremacy in the spheres of politics and religion.

This situation of anarchy and confusion continued till the early 17th century when Ngawang Namgyal took control of the territory and unifying them established modern Bhutan. However, the coming 18th century proved tough for Bhutan when its ruler invaded and occupied the kingdom of Cooch Bihar, in 1772, the king, appealed for assistance from the East India Company which, two years later in 1774 attacked and defeated Bhutan resulting in the signing of a peace treaty where Bhutan agreed to retreat to its pre-1730 position. Despite the peace treaty, border skirmishes between the two continued for the next hundred years leading to a second declared war between them in 1864-65, focused on Bengal Duars. Bhutan lost in the war with the British and the Treaty of Sinchula signed in favour of the winning party.

Defeat in the war resulted in internal feud and civil war between two rival groups of the valley, aro and Tongsa. Out of the civil war, the governor of Trongsa emerged as the powerful group of the people who commanded most of the support, leading to the unanimous choice of Ugyen Wangchuck to become the hereditary king of the country. Soon thereafter, the British government recognised the new monarchy system established in the country and in 1910, Bhutan signed with the British another treaty which gave them the right to control the country’s foreign affairs and as a result Bhutan practically became a princely state of British India. In 1947 when India became independent, Bhutan became the first country to recognise India and further on 8 August 1949 signed a treaty equal to that of 1910 with the British.

When in August 1947 India became independent, Bhutan continued its understanding and relations with New Delhi, and following its parliamentary form of government, the then King of the country, Jigme Dorji Wangchuk, in 1953, established a 130-member legislature called the National Assembly in order to promote a democratic spirit in the masses and develop a better sense of governance in people at large. As a further step in this direction in 1965 the King set up a Royal Advisory Council, in 1968 formed a cabinet and in 1971, achieved a major breakthrough by getting admitted as a member of the United Nations Organisation. In the early 1960s, Bhutan following the other developing countries including India, initiated its first Five-Year Plan and the sixth Five Year Plan started in 1987 included the policy of ‘One Nation, One People’ and introduced several codes of traditional dresses to promote and protect cultural heritage as a mark of its national symbol and identity.

In July 1972, after the death of his father Dorji Wanchgchuk,Jigme Singye Wangchuk became the King of Bhutan at the age of 16. The new king, like his father, worked a lot to promote the use of Dzongkha language, a language of Bhutan from the beginning of 1960s and simultaneously discouraged the use of Hindi as well as Nepali, spoken by some of the people in different parts of the country. Gradually, the use and speaking mobility of both languages were discontinued from school curricula and Bhutanese schools by the end of the century.