There will be no change or revolution 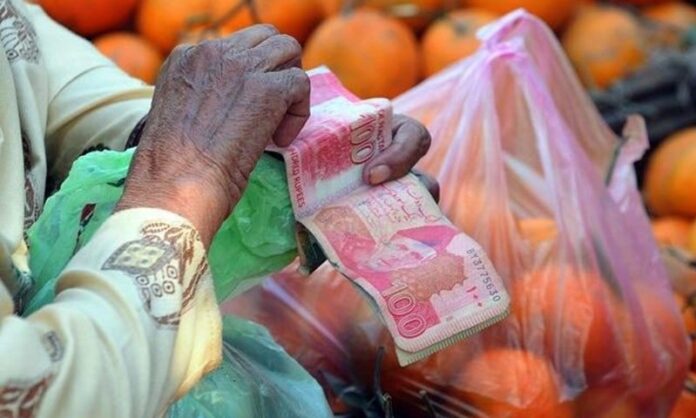 The coalition government claimed that everything would change as soon as it came to power but now we hear the same statement from it that difficult decisions will have to be made. How are these difficult decisions that have no effect on the aristocracy at all while the people have to bear everything? The lives of the people are already indigestible with increasing difficulties, the anti-people decisions of the government are becoming unbearable.

There is no doubt that the contradiction between the words and deeds of the coalition government has started to come to light very soon. All the claims that were made before they came to power have fallen on deaf ears. The country is in danger of going bankrupt and inflation is on the rise instead of declining while it is worth seeing generosity rather than austerity as soon as the coalition leadership takes over the government. The people in power performed Umrah with a large number of friends along with going on foreign tours.

On the other hand, apart from the Prime Minister’s House, their private homes are being declared as camp offices and the burden of their security is being shifted to Pakistan. The official privileges of the advisers and special assistants and the royal protocol have negated all the allegations that the country is heavily indebted.

We used to chant a bit of slogans of change and revolution but practically no one is ready to bring any change or revolution. If the people were fed up with poverty and could hold on the banner of revolution, the situation might be very different but the people here have become so accustomed to enduring every oppression of the rulers that they are ready to make sacrifices at the behest of the rulers but to change their lives, they are not ready to make any sacrifice for this cause and no change will ever come with this slavish thinking or revolution be brought about.

The fact is that the rulers of this country have no idea what role they are playing or have been playing in the instability of Pakistan. This country has been ruled by two families for a long time and has become hollow and these looters have become some of the richest people in the world in respect of opposition claims. There is a rumour about the country going bankrupt and unfortunately due to corrupt leadership, Pakistan has become the poorest country in the world even though nature has endowed it with innumerable resources and a brave selfless people. Despite the economic crises, survival and its independence and sovereignty remain in question, but no one, from government MPs to top officials, is willing to give up his privileges and protocols. In this country, it seems that the privileged classes have conquered and they are ruling a subjugated nation instead of a free nation. They do not care about the country and the nation. They are only interested in their own interests. The people are sobbing and the country is eroding but the luxury and privileges of the ruling class are not diminishing.

The politics of impeachment has already tarnished the image of the country so the national interest should take precedence over any other type of accusation. If someone is accused of corruption then such cases should be dealt with 100 percent evidence. How long will the Pakistani rulers continue to play the game of accusations of corruption and send a message to the world that not a single ruler here is honest? If all Pakistani rulers are corrupt then how will others believe? We advertise corrupt leadership on the one hand and cry on the other that there is no foreign investment or aid, as long as we support throwing mud at each other no one will trust or help.

The country’s economic problems are getting worse than ever and the government has not spared any effort to contain the tsunami of inflation on the people while fulfilling the demands of the IMF to do more. If the present government does not take any practical steps to appease the people after the storm of inflation and again midnight petroleum price hike of Rs 15 makes it soar of Rs 248.74 a litre, then the people will not be satisfied with any verbal statement of the Prime Minister. The opposition will benefit from the growing frustration of the people while the ruling coalition can do the same thing that they did in overthrowing the previous government.

It is very unfortunate that those who came to power in the name of people are responsible for the destruction of the people, and have protected themselves in every way but the people are becoming insecure with each passing day. Institutions have become silent and authoritarian on this, so it seems that the situation will remain unchanged in the future. Hence, there will be no change here and no revolution is coming.

We used to chant a bit of slogans of change and revolution but practically no one is ready to bring any change or revolution. If the people were fed up with poverty and could hold on the banner of revolution, the situation might be very different but the people here have become so accustomed to enduring every oppression of the rulers that they are ready to make sacrifices at the behest of the rulers but to change their lives, they are not ready to make any sacrifice for this cause and no change will ever come with this slavish thinking or revolution be brought about.