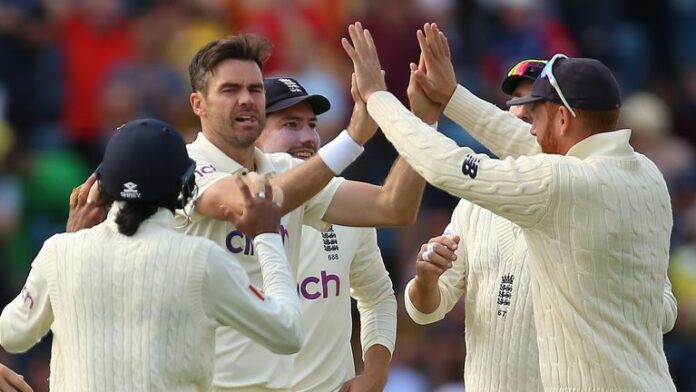 Birmingham, United Kingdom: England were set a target of 378 to win the fifth Test against India at Edgbaston on Monday.

India were dismissed for 245 in their second innings shortly after lunch on the fourth day.

There have been only two successful fourth-innings chases above 200 in a Test at Edgbaston, with South Africa making 283-5 in 2008 and England 211-3 against New Zealand in 1999.

England, however, reached seemingly stiff targets of 277, 299 and 296 during a recent 3-0 whitewash of Test world champions New Zealand.

And they now have more than 150 overs in which to chase down this latest target and so end this five-match series with India level at 2-2.

Recalled opener Cheteshwar Pujara top-scored for India with 66, while Rishabh Pant followed his first-innings 146 with 57.

This decider should have been played in Manchester last September only to be postponed just hours before the start because of coronavirus concerns within the India camp.