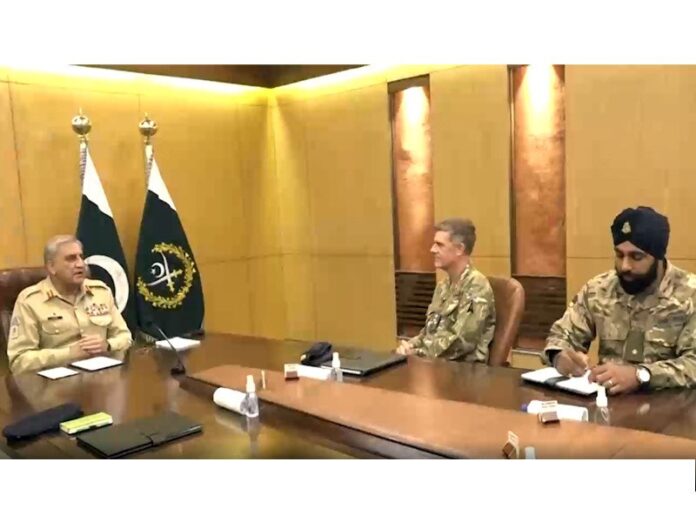 “Pakistan respects all religions and also recognises the need for promotion of religious tourism in the country,” Gen Bajwa was quoted as saying by the Inter-Services Public Relations (ISPR) on Tuesday.

The delegation also visited Lahore where the dignitaries witnessed a flag-lowering ceremony at the Wagha border.

It further said, “This was the place where 21 Sikh soldiers laid their lives in 1897 as part of British expedition and has much historical significance for Sikhs.”

The delegation laid a wreath at Saragarhi Monument. They also lauded the efforts of the Pakistan Armed Forces in bringing peace and normalcy to tribal districts.

Facebook
Twitter
Linkedin
WhatsApp
Email
Previous articlePakistan could receive up to $2b from IMF, says PM Shehbaz
Next articleMatters judicial