A look at India’s defence Budget 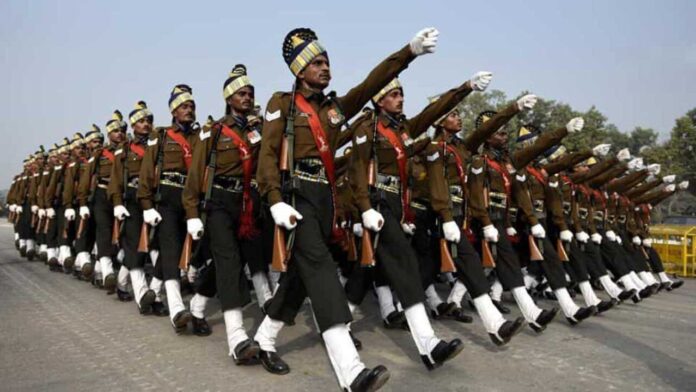 Pakistan Army says the 2022-23 defence budget for has decreased from 2.8 percent of GDP to 2.2 percent. India’s GDP is $2.95 trillion for 2021 while Pakistan’s is $347.743 billion. With Gross Domestic Product in trillions, India’s the volume of defence outlay becomes much greater than Pakistan’s

Pakistan does not showcase its defence outlays on websites like India. Pakistan mentions them in one line in the demands for grants. The legislators are apathetic to knowing the details. parliamentarians lack the ability to scrutinise the budget. Most legislators lack acumen to analyse the numerical rigmarole.  So they themselves do not wish to be bothered with the job being done by competent professionals in various ministries and parliamentary committees.

Pakistan’s defence outlays barely cover essential requirements, Whenever demanded, the details of the defence budget for the current, as well as for the coming, financial years were placed before the parliament.  Even the expenditure on Zarb-e-Azb appeared more than once in media.

Pakistan should separate expenditure of forces to defend China Pakistan Economic Corridor and key installations including Parliament from normal demands for defence grants.

A bitter lesson of history is that only such states survived as were able to strike a balance between constraints of security and welfare. Garrison or warrior states vanished as if they never existed.

After a tiff with China, considerable money was spent on infrastructure in Ladakh, and Arunachal Pradesh. This expenditure is military. India has several para military forces like the Border Security Force, Central Reserve Police Force, as good as the “regulars”. Expenditure on them is military.

At US prodding, India revised its maritime strategy in 2015 to “Ensuring Secure Seas” from “Freedom to Use the Seas.” For the new strategy, India took up the development of the Sittwe Port in Myanmar as part of the Kaladan multi-modal transit transport project for shipment of cargo from the eastern ports of India to Myanmar through Sittwe

India upgraded its existing listening post in northern Madagascar. India has obtained access to the US naval base in Diego Garcia, and to the French naval bases in Mayotte and Reunion islands, besides the Australian naval base in Cocos. Robert Kaplan, in his Monsoon: The Indian Ocean and Future of American Power, argues that the geopolitics of the 21s century will hinge on the Indian Ocean. Its waters reach 28 countries together accounting for 35 percent of the world’s population and 19 percent of its GDP. Sixty percent of the world’s oil shipments, from the Gulf countries to China, Japan and other Asian countries, pass through these waters which host 23 of the world’s busiest ports.

India has emerged as the US proxy against rising China, which is determined to surpass the USA in GDP by 2027. India is opposed to China’s Belt and Road Initiative. Besides, it uses its aid, trade and border contiguity to obstruct Chinese influence in Bhutan, Nepal, and Bangladesh.

In 2005, Washington expressed its intention to help India become a major world power in the 21st century. This resolve later translated into modification of domestic laws to facilitate export of sensitive military technology to India. The Nuclear Supplier Group also relaxed its controls to begin exports to India’s civilian nuclear reactor (enabling India to divert resources to military use).

Raj Mohan, Shyam Saran and several others point out that India follows Kautliya’s mandala (concentric, asymptotic and intersecting circles, inter-relationships) doctrine in foreign policy. It is akin to Henry Kissinger’s `spheres of influence’. According to this doctrine ‘all neighbouring countries are actual or potential enemies’. However, short-run policy should be based on common volatile, dynamic, mercurial interests, like the intersection of two sets.

There was a 73-day India-China standoff on the Doklam Plateau near the Nathula Pass on the Sikkim border last year. Being at a disadvantage vis-à-vis India, China was compelled to resolve the stand-off through negotiations. China later developed high-altitude “electromagnetic catapult” rockets for its artillery units to liquidate the Indian advantage there, as also in Tibet Autonomous Region. China intends to mount a magnetically-propelled high-velocity rail-gun on its 055-class under-construction missile destroyer 055.

The Indian navy wants a 200-ship strong fleet by 2027. The Navy wants to procure six new conventional submarines and 111 Naval Utility Helicopters to replace the vintage fleet of Chetaks. The IAF wants to procure 114 new fighters besides the 36 Rafales ordered in 2015.

During COVID 19 surge people dumped the dead bodies of their kith and kin in rivers. They could not afford to buy costly wood to arrange a decent cremation.

Nearly half of India’s 1.2 billion people have no toilet at home. Yet more people own a mobile phone, according to the latest census data. Only 46.9 percent of the 246.6 million households have lavatories while 49.8% defecate in the open.

The survey found that only 38% families have water.  The tapped water supply, besides being erratic, is generally unhygienic.  Water is supplied for only a few hours, four hours at the most. About 62 per cent of the families, that is 118 million households; do not have access to drinking water at home.  In rural areas, about five million families still fetch drinking water from nearby ponds, tanks, rivers and springs.

About 88 percent urban families and 44 percent rural areas have access to electricity. Almost half of rural houses are still lit with kerosene.  Over 22 million Indian families (12 percent households) still cook under the sky.  But, 76 percent of urban households have separate kitchens in their homes. Kitchen or not, firewood is still the most widely used fuel with over 52.5 percent Indians depending on it.

Even 23 percent urban families use firewood for cooking. About 10 per cent rural households use crop residue as fuel.   Besides, cowdung cake as fuel is used by 9.8 percent.

About 23 percent urban families have phones as compared to only four percent rural.  Cars are, practically, an anathema for the rural population.  As for urban families, only six percent have a car.

Majority of the Indians live in a Sahara of subhuman conditions.  There are oases of affluence, unnoticed and un-taxed.  For instance, 11 percent of Delhi’s 3.3 million houses are vacant. Gujarat has 14 per cent houses vacant.

For about a third of even urban Indian fami­lies, a house does not include a kitchen, a bathroom, and a toilet.  And, in many cases, no power and water supply   “260 million people below poverty line,60 million of under four-year-olds are moderately or severely malnourished, 87 % women are anaemic,60 % children are anaemic,25 million are without shelter,171 million have no access to safe drinking water, 290 million adults are illiterate, 53 % of below five-year-olds are underweight, 4.4 doctors per 10,000 people (Source: Planning Commission)”.