There is no going back 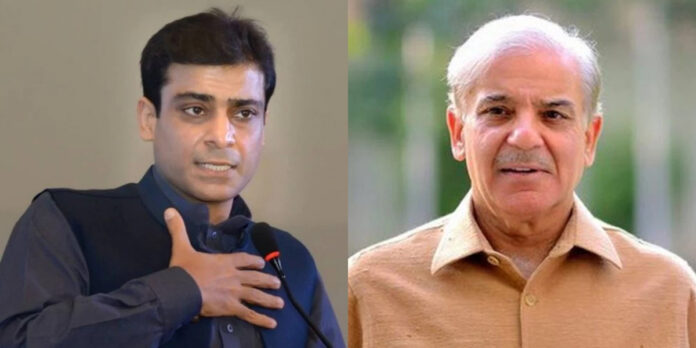 When conviction was close, the corrupt were provided cover. On May 12, the Federal Investigation Agency decided not to pursue the Money Laundering case against Shahbaz Sharif and his son Hamza Shahbaz. The evidence was so convincing that the judge decided to go ahead with the case. Both the Prime Minister and the Chief Minister of the largest province of the federation were asked to appear in the court on May 14, 2002. Earlier Dr Rizwan, theFIA Director pursuing the case was removed who later passed away due to cardiac arrest at the Punjab Institute of Cardiology. Thus ended the professional innings of a very bold and upright police officer, ” May his soul rest in peace “. In a sea infested with sharks of corruption he valiantly stood his ground but was removed after the change of regime and eventually perished. Defiance in the land of the pure comes with a heavy cost.

After the cases, came the Exit Control List (ECL). Most names of the ‘Siassi Basta B’ have been removed from the ECL, enabling them to resume their activities. It includes stalwarts of corruption like Shahbaz Sharif, the PM, and Asif Zardari, the Co-Chairman of the Pakistan People’s Party (PPP). Now dollars can be loaded into private aircrafts and flown out of the country unhindered, providing complete cover for money laundering.

Despite all the obstacles and hiccups of the system the valiant struggle of Imran Khan against corruption has been neutralized to a great extent. The noose around their neck has been loosened, now they can contest the coming elections claiming to be unconvicted and thus clean. By avoiding impending conviction and restoring their black money channels, the corrupt have redeemed themselves to a great extent. Now they can enter the electoral race with their heads up and finances covered. Such political stunts are only possible in the land of the pure.

The purity in the land of the pure has been adulterated with corrupt practices of all kinds.  It will take a long time to come back on track. The pandemic of corruption has infested almost all state institutions which includes the Establishment, Judiciary and Bureaucracy. Kaptaan alone cannot rid the republic of the scourge of this infestation that runs deep. The current man-made crisis is mind boggling.

The current regime of the ‘Crime Minister’ has so far performed to its own agenda of ‘Cover for the Corrupt’. This charade must end soon for normalcy to return. For them it is downhill from now on. Interim set-up is the need of the hour followed by free and fair elections.

While the country is sinking the corrupt are getting relief. The term ‘Apolitical’ is being praised. There are rules of engagement and disengagement,and if they are not followed, the result is the chaos that we witness today.  Ever since the ‘ Basta B ‘ of Gujrat and Gawalmandi moved to Islamabad and entered Parliament, ISI was tasked to maintain the ‘Siasi Basta B’ together with the required surveillance of the known ‘Bad Characters’

Now that neutrality has been invoked it calls for alternate mechanisms for control of these political monsters. If nothing else, their lists and activities should be made public so that informed decisions can be arrived at. ‘Boot Polish’ alone is not enough. To maintain law and order, there is a history of surveillance of Basta B in every police station of the country. Now they have been allowed to rule over us despite their chequered past.

Kaptaan is a fighter, he will not submit. There was a time when every army unit had an inscription of  Ghazi ya Shaheed‘( Victorious or Martyr ). Then after the 1971 East Pakistan debacle a new phrase was introduced; ‘Ghazi ya Shaheed ya Niazi’. Perhaps that is why the opposition addresses the Kaptaan as Imran Niazi, hoping for his surrender which will not happen in this case.

The Niazi family of Imran has traditions of valour and integrity. His father Ikramullah Niazi was a foreign qualified engineer who stood his ground against the onslaught of the tyranny of  Nawab Amir Muhammad Khan, the then Governor. Finally he decided to quit government service to start his own engineering consultancy which continued till his death. Maulana Abdul Sattar Khan Niazi was another proud son of the Niazi tribe of Mianwali, who had the guts to tell Zia-ul-Haq “You lie after praying, while Bhutto lies after drinking”

Imran Khan will fight till the last ball, despite the odds pitted against him. He has succeeded in mobilizing the masses. A sovereign Pakistan is now on the cards, no more compromises against national interests. The question is of Azadi‘ (Independence), not ‘Performance’ of his regime for which he had to depend on a non-performing system.

There is a famous American saying, ” You can run but not hide “. The corrupt have been provided a cover but they stand marked and exposed. Their days are now numbered, even the establishment and the judiciary will not be able to protect them for long. The royal colonial bureaucracy of Pakistan has always sided with the status quo to stall the much needed change. After Liaquat Ali Khan and Zulfiqar Ali Bhutto, Imran Khan had emerged as a real Prime Minister who means business. National interests will now be kept supreme. Pakistan will no longer be ruled by the draconian/colonial Government of India Acts of 1923 and 1937. Being a constitutional democracy, the will of the people must prevail through free and fair elections. Any attempt to rig the electoral process will result in serious backlash and confrontation. The corrupt have been served already, any attempt to force them into the corridors of power against the will of the people will result in dire consequences which may not be sustainable even in the short term.

The current regime of the ‘ Crime Minister ‘ has so far performed to its own agenda of ‘Cover for the Corrupt’. This charade must end soon for normalcy to return. For them it is downhill from now on. Interim set-up is the need of the hour followed by free and fair elections. We were raised believing that crime does not pay. The Sharifs and the Zardaris have so far defied this golden principle. Unfortunately our institutions have sided with them against common interests.

In the words of Iqbal Duniya ha teri muntazir-e-roz-e-mukafat ” ( The world awaits the day of reckoning ). For us the first born free generation of Pakistan, perhaps it is now or never. We me go under in peace or remain restless for ever for an incomplete struggle for real freedom.