When the Court does what a court has to do

The Deputy Speaker made a ruling of attainder 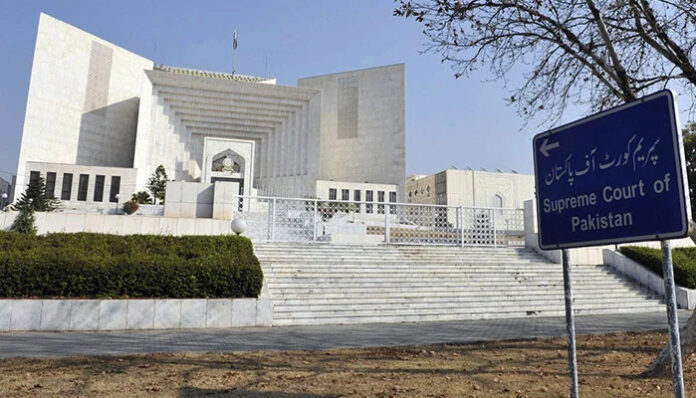 Short of going to war in an effort to unite the country behind his leadership, Imran Khan could not have made a greater effort to remain in power without a National Assembly majority than the one he did on Sunday, when he refused to face a vote of no-confidence, but opted for early elections.

Though there were doubts up to the last minute, as PTI supporters scrambled to defend their leader, the Supreme Court ruled as it did perhaps because it had no other choice. It struck down a ruling from the chair only because it was so blatantly at odds with the Constitution.

A couple of things are necessary to keep in mind in trying to understand what happened between Sunday morning and Thursday night. First, it became clear that Imran had lost his majority, which was the only reason he had to remain in office. However, he did not care.

Though the House was prorogued without voting on the motion, the Opposition brought its members together, and held voting on the vote of no-confidence, and 196 members showed they were in favour of the motion. Quite clearly, the Imran government had fallen. Handicapped by its inability to legislate because it lacked a Senate majority, it now lost its ability to get legislation passed by the National Assembly. Most importantly, in the coming test for the government, which could not be postponed beyond June 15, the passage of the next budget would probably see its failure. Rather than allow a new majority in the House to sit in the House, Imran decided to destroy that House.

Another important aspect of the dissolution is that it would preserve the changes to the electoral laws to allow electronic voting machines in Pakistan, and internet-voting for overseas Pakistanis. As it is, the Election Commission of Pakistan has serious doubts about its own ability to implement these laws and maintain ballot secrecy.

The opposition has also promised to repeal this amendment, and it is its only commitment the PML(N) has made before going for a dissolution. It had been speculated that these two measures were to ensure the ease of manipulating results by the establishment. However, in view of the claim of neutrality, it seems that the PTI may well be the only party left able to exploit weaknesses in the system. Even if there is neutrality, any party that knows how the system can be massaged, would be at a massive advantage. The ECP’s travails with technology can be seen by how the much-vaunted Result Transmission System (RTS) broke down.

Interior Minister Sheikh Rashid has said the new technology would not be used, but the laws remain. Of course, a caretaker government could repeal those laws by ordinance, and when the ordinance expired, the election would have been held.

While Imran’s attitude towards Parliament may be cavalier, he also seems to suffer misconceptions about it.

He seems to view it as a sort of Electoral College for a Prime Minister who gets a fixed term and freedom from any fear of removal. However, even in the presidential system, there is a provision for impeachment. Indeed, even in Pakistan, the President is to be impeached by Parliament in a joint sitting. The joint sitting acts as a jury, much as the US Senate does, and the right of the President to be represented is provided. This is not quite the case in a vote of no-confidence in the PM, because he can only defend himself or be defended by fellow members of the House. The National Assembly is expected to take a political rather than a judicial decision.

The Supreme Court has unseated not one but two Prime Ministers. It has been argued that the country is geared up for elections, thus echoing the 1988 ruling by the Court in Haji Saifullah’s case, when it said that the dissolution under Article 58 (2b) was illegal, but as the nation was geared up for elections, it refused to restore the National Assembly. At that time, there was a date announced for elections; however, the Supreme Court decision has stilled all doubts.

However, that depends on a vote being allowed. The dissolution does seem an acknowledgement by the PM that he has lost his majority, but at the same time, he has reinforced his claim of a foreign conspiracy. Just as much as Donald Trump refused in 2020 to make a concession speech after losing the election, Imran is refusing to accept his ouster by a vote of no-confidence. However, Trump only violated an important political tradition; Imran violated a mandatory constitutional provision.

The conspiracy theory will occupy much of the discourse in the election to come, and Imran would hope that it means that his economic management, which has not been much to write home about, will be pushed into the background.

Still, Imran must do some soul-searching. A first term may be difficult, especially for a new party, but Imran had several ministers with previous experience of government. How then, did things reach a pass where Imran could not carry on and had to dissolve? However, to do so, Deputy Qasim Suri had to engage in what amounted to a ruling of attainder. With even acts of attainder prohibited, it was a mighty leap.

An act of attainder is when Parliament passes an act saying, without any evidence or trial or other process, that a certain individual is guilty of high treason and may be executed. The English Parliament used such attainder to have Sir Thomas Wentworth, Earl of Stafford, executed in 1641. This execution was one of the steps towards the English Civil War, which ended with the execution of Charles I himself.

Parliament’s grouse had been that he had been close to Charles I, A more apposite example is that of Thomas Howard, 5th Duke of Norfolk, who was executed after Parliament passed an act of attainder against him. He was suspected of planning to kill the queen (Elizabeth I), marry her heir (Mary Queen of Scots) and become King. This was supposed to have been done with the help of a foreign power, France, which to England then was like India is to Pakistan today.

Suri has gone a step further than the House of Commons, and made a ruling of attainder. The ruling involves, with as little production of evidence by the prosecution, or chance of defence to the accused, as was afforded five centuries ago, to either Stafford or Norfolk.  Thus we have a ruling acting as an act, and that too of attainder, passed  not by a House majority, but by a single individual. The Chair’s power of ruling must be limited by something, and the very act of examining whether an act is constitutional or not, will itself involve examining parliamentary proceedings.

To take an extreme case, if a member asks on a point of order if another member has committed a murder, and the Speaker rules he does, can he then order the sergeant-at-arms to take him away and execute him? As a matter of fact, a PPP member Jam Abdul Karim, does face a murder charge, that of Nazim Jokhio. He is on pre-arrest bail. Could a ruling from the chair, especially one which did not ask for the Jam’s point of view, decide the case?

While the lawyers wrangle before the Supreme Court, Imran must contemplate where the dream of a ‘Naya Pakistan’ led, his claim of a foreign conspiracy requires Pakistan to have become important enough for the USA to value its support enough to want its support. However, it does not help Imran’s case that the official supposed to have passed on the threat also huddled with his Finance Minister and the State Bank Governor when they were in Washington to meet the IMF. Imran and PTI supporters have got many excuses for the economic situation, but there is little that can be told to the electorate about how they are managing their household budgets.

The Supreme Court has unseated not one but two Prime Ministers. It has been argued that the country is geared up for elections, thus echoing the 1988 ruling by the Court in Haji Saifullah’s case, when it said that the dissolution under Article 58 (2b) was illegal, but as the nation was geared up for elections, it refused to restore the National Assembly. At that time, there was a date announced for elections; however, the Supreme Court decision has still all doubts.