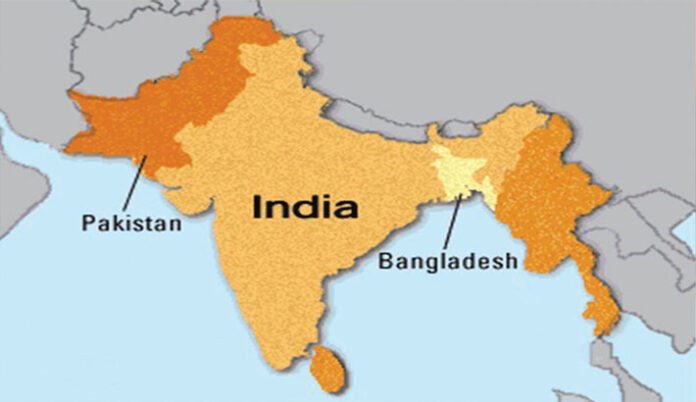 Despite being South Asian countries, sharing the same religion, culture, and history, the relations between Pakistan and Bangladesh aren’t warm at the present time.

The lukewarm relations between Bangladesh and Pakistan even after five decades of separation, the creation of Bangladesh through a particularly violent liberation war are caused by two main reasons – the hurt of 1971 liberation war is still quite raw and more importantly, so far Pakistan has not officially apologized for the war crimes committed during the nine-month long liberation war in 1971.

However, as they say, quite a bit of water has since gone down the Buriganga and the Indus rivers. There are now new realities that call for both sides to appreciate and mutually empathize with the evolving dynamics. Both Bangladesh and Pakistan need to resolve their problems and move forward. Policymakers from both sides need to be sensitive to each other’s expectations as well as challenges.

Indeed, for the sake of prosperity and security of both the nations, relations between Bangladesh and Pakistan must be improved.

It is evident that for the last two years, Prime Minister Imran Khan and his government have been trying to strengthen relations with Bangladesh and given that both Bangladesh and Pakistan share same political history and similar cultural and social norms and more importantly, that both countries tend to gain economically through improved trade and investment relations, it is important relations between these two countries are cemented as soon as possible.

The younger generation of both countries are very keen to forge stronger ties between these two Muslim-majority countries in the region.

There is huge potential for bilateral economic and trade cooperation. Among other things, the trade imbalance between the two countries must be addressed. According to the State Bank of Pakistan, Pakistan’s exports to Bangladesh in 2019 stood at $736 million, while Bangladesh’s exports to Pakistan were only $44 million.

Despite some challenges, the good news is that bilateral trade between Pakistan-Bangladesh is growing, albeit, gradually. According to the media report and statements of the State Bank of Pakistan, Pakistan’s trade with Bangladesh witnessed an increase of 46.65 percent during the first six months of the financial year 2021-22 as compared to the corresponding period the previous year. The overall exports to Bangladesh from Pakistan were recorded at $399.408 million during July-December against exports of $274.246 million during the same period the previous year, showing a growth of 45.63 percent, Meanwhile, on a year-on-year basis, during December 2021, exports to Bangladesh from Pakistan increased 52.01 percent, from $54.433 million to $82.746 million. Similarly, on a month-on-month basis, imports rose by 14.38 percent during December 2021 in comparison with exports of $72.339 million in November 2021. It is true that Bangladesh and Pakistan can benefit from growing trade ties. Pakistan and Bangladesh should ink a free trade agreement to boost the trade volume.

Bangladesh and Pakistan together make up five percent of the world’s population. The people-to-people contact, religious tourism, scholarship exchange and so on, can be the potential sectors to explore to promote better understanding and mutual empathy between the two people. At economic level, reconnecting ports (air, sea) between the two states is very necessary to bolster the ties and in this regard, Bangladesh should explore use of Pakistan’s seaports (Karachi port, Gwadar port, Keti Bandar, Port Qasim, CPEC). At the same time, Pakistan can take advantage of Bangladesh’s emerging and buoyant consumer market and more importantly, through Bangladesh’s port facilities, access the landlocked markets of Nepal, Bhutan, and Southeast Asia, more generally.

In today’s globalized world of free trade, every country is leaving, to the extent possible, politics behind and focusing on closer economic and trade ties for mutual benefits. There are also moves to establish compatible economic zones and alliances.

However, given the history and recent horrific memories of war violence that Bangladesh suffered at the hands of the Pakistan military in 1971, forging closer ties between Bangladesh and Pakistan is anything but easy. Relations between these countries have been mostly sour or bumpy at best. For example, relations between the two countries which have been okay but not the warmest nosedived in 2016, when in a 1971 war crime trial, Bangladesh executed several leaders of the Jamaat-e-Islami for their participation in 1971 war crimes.

Pakistan, where the Jamaat-e-Islami has a strong following and as many of the Bangladeshi Jamaat leaders who were sentenced to death and executed, used to be former colleagues of the Pakistan Jamaat, and thus the latter condemned in the Pakistani Parliament the execution of their former colleagues and labelled the executions politically motivated. Bangladesh saw this as Pakistan’s “interference” in its internal affairs and as a result, relations between the two countries deteriorated to the extent that diplomats were expelled from respective sides.

In August 2021, Imran’s phone call was followed up with what has come to be known in diplomatic circles as “Mango Diplomacy” – a euphemism for the Bangladesh Prime Minister’s gift of basket of Bangladesh’s well-famed delicious mangoes to Imran.  After this, the Pakistani envoy to Bangladesh met Sh Hasina in October 2021. During the meeting, she expressed her desire to strengthen bilateral trade ties with Pakistan. Indeed, there were indications of melting the ice between the two. Now these initiativ esmust be continued for bolstering relations.

These are signs that both countries are warming up to each other and this is realpolitik.

Realpolitik also implies that Pakistan must never interfere into Bangladesh’s internal affairs nor question Bangladesh’s close ties with India, a country that has actively helped Bangladesh in its liberation, a relation that has passed the test of time and is historic and therefore, Pakistan must respect and appreciate these realities and work its way through issues more pragmatically and maturely.

In other words, Bangladesh and Pakistan must capitalize on the recent goodwill promoted by Imran Khan and ‘follow up’ with measures that translate these into tangible outcomes.A more viable and less painful way is indeed through stronger economic ties, as such ties can not only benefit both countries and in the process and over the years create better empathy and bondage between the people of these two estranged countries, while strong economic and political ties may also be of immense geopolitical benefits to both countries. Therefore, it is important that both countries take steps to reduce tensions and take steps to re-bond and work together to promote the wellbeing of both the nations at multiple levels.

It is noteworthy that both Pakistan and Bangladesh seem to be moving ahead though cautiously and this is good. Both countries have taken some initiatives to develop closer diplomatic, economic, and cultural relations.

Indeed, it is time to restructure relations. Pakistan should have a lasting dialogue with the Bangladesh government on how to move the bilateral relations in a positive direction. Both should work together and advance their relationship on any issue related to trade, culture, and mutual interests.

Bangladesh and Pakistan together make up five percent of the world’s population. The people-to-people contact, religious tourism, scholarship exchange and so on, can be the potential sectors to explore to promote better understanding and mutual empathy between the two people. At economic level, reconnecting ports (air, sea) between the two states is very necessary to bolster the ties and in this regard, Bangladesh should explore use of Pakistan’s seaports (Karachi port, Gwadar port, Keti Bandar, Port Qasim, CPEC). At the same time, Pakistan can take advantage of Bangladesh’s emerging and buoyant consumer market and more importantly, through Bangladesh’s port facilities, access the landlocked markets of Nepal, Bhutan, and Southeast Asia, more generally.

Closer economic, diplomatic, and cultural ties between Bangladesh are key to the mutual benefits of both these countries and more importantly, essential to the broader prosperity of the region.