Steps taken to switch over to inclusive growth: Tarin 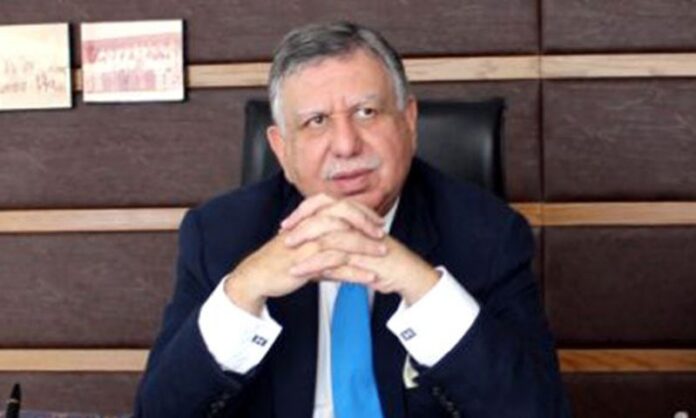 ISLAMABAD: The government has decided to switch over to inclusive growth by enhancing exports, compressing imports and incentivising the local industrial sector, besides allocating resources for increasing the productivity of the agriculture sector to enhance output of major and minor crops.

Minister for Finance and Revenue Shaukat Tarin said this while addressing the ‘1st Pakistan Petrochemical Symposium’ on Thursday.

The government has also introduced several measures for broadening the tax base, besides making efforts to plug the tax leakages by reforming the tax collection system and simplifying the tax system to encourage compliance culture in the country, he added.

He said that the track and trace system was also introduced in different industries that would also help in enhancing revenue collection, adding that a single window tax system was put in place to avoid multiple taxation. He said that 18-20 percent tax to GDP is prerequisite to achieve inclusive economic growth in the country.

The government is taking other measures to promote the local industrial sector and in this regard China was urged to shift its industrial units in Pakistan that would help in neutralization in the country and creating about 20 million additional jobs.

He said that the government is also taking measures for the promotion of small and medium enterprises by facilitating them and providing them access to credit, adding that there are over 4-5 million SMEs in the country but their access to credit is nominal.

While giving the historic prospect of the national economy, he said that the local economy was on a rapid path of development in the era of 1960’s and Pakistan was ranked as 4th largest economy, bigger than South Korea, second to China and Japan. However, the massive nationalisation and huge inflow of refugees during the Afghan war were among some other factors, which negatively influenced the economic growth, he said.

He further said that war against terror also incurred huge damages to economic growth and development in terms of financial and human losses. The finance minister said that the agriculture sector, which is the mainstay of the national economy was ignored badly by all previous regimes and resultantly productivity of agriculture produces drastically reduced, adding that the country has to fulfil its domestic requirements through imports.

Due to reliance on imported food commodities, he said that the import bill of the country swelled and the gap between imports and exports widened, adding that Covid-19 pandemic had also had a negative impact on global economies as well as the economy of the country.

Tarin said that despite all these challenges the economy was growing with an average of 5.1 percent by June 2021, adding that it is not a bad growth rate during the prevailing circumstances.

Tarin lauded the efforts of organisers of the symposium and said that it will help in formulation of medium to long term policy framework as well policy guidelines for foreign and local investors to develop a robust economy.