Libraries act in many ways 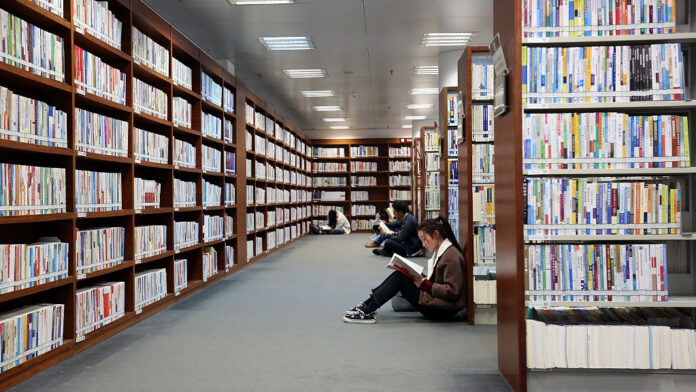 The key to national development lies in cultivating talents, practical virtues. Sophisticated skills, desirable attitude, and the awakened mind and proper knowledge. Above all, the right knowledge can be attained with the help of the right resources and the right resources require a handsome amount. Libraries are actual treasurers for the correct information to the right people at the right time.

Traditionally, the role of Archives, museums, and libraries was intermediary between users, distributors and creators. But, advanced technology altered the role of publishers, creators and users. Now people produce, publish and disseminate the information in digital formats based anywhere and anytime. The role of libraries is to preserve the records in digital and printed formats.

The advanced technology irrevocably and dramatically altered the linear nature of the traditional process. Now, the creator has become the distributor in the digital environment. People nowadays publish and communicate their published work through different platforms like Facebook, Twitter, LinkedIn, and other research blogs like Research gate, academia, etc.

Libraries drive the citizens through a visionary mind.They are excellent sources for collecting organizations and disseminating information that society accesses and uses to inform themselves with robust knowledge organized in the library. In short, the libraries are tangible assets for national pride

Today’s every country improves their GDPs and exports their goods to bring prosperity, peace, and social harmony to their nations. They planned a national agenda programme to develop their economic growth for national development. Many countries demonstrate further development through broadband, digital inclusion and social development plans. Many countries focus on knowledge-economy and for this, they produce a handsome amount of research framework in a different discipline.

Planning these research activities required up-to-date knowledge and libraries to make across the goal framework through campaigns and meeting the government officials. Libraries are playing a tremendous role in achieving the goals of national development. In making any national strategize, the role of libraries can never be denied because libraries offer access to the right information before formulating government agenda.

It is a fact that all societies can have libraries, but broadly, libraries are built for three conditions, centralized populations, economic development, and political stability. Centralized populations meant a place where people reside on large scales like cities, towns, and suchlike conurbations. However, even small stable populations are also excellent sources for library buildings like universities, research institutions, and so on. Similarly, libraries cannot prosper when the primary energies and resources of the community are devoted to subsistence. Because building a library required a certain level of wealth and leisure to read. Opposed to the chaos and conflict environment; libraries are built-in peaceful lands, where there is no war and another kind of armed conflict. Because revolt and warfare lead libraries to destruction which can be seen in history. Many great libraries have been destroyed when empires fell or in times of war or other armed conflicts.

The national libraries are good symbols for promoting national pride. National libraries are an old concept that can be traced back to the 17th century in England, France, Denmark, Germany and Scotland, some newly built libraries in the mid of the 18th century like Austria, Italy, Greece, Norway, Spain, Sweden and Ireland, among others, which stored and preserved enormous collections for the general masses. They collected huge collections of repositories and have maintained the cultural heritage of their countries. These heritages are published books, manuscripts, documents and other records in different formats

Several nations passed a law that each publication published around the country would be sent to the National Library. It creates a handsome collection, prepares a national bibliography, and then shares it with publishers at national and international levels. In some places, the National library also grants ISBN Services (A unique number to identify a product by publishers, booksellers, internet retailers and librarians, and others concerned. One can trace the title, edition and format of a book with the help of an ISBN Number.) In short, the role of the National library in national pride is highly commendable.

Another sound library that offers services to the community members without caste, creed and religions to meet the information needs of their community is named public libraries. These libraries are also known as public universities, where people get the desired information without caste and discrimination. It offers services to people of all ages, genders, races, religions, languages, etc. Public libraries preserve man’s thoughts and ideas and make them available free to the entire community. It is known as a breathing force for education, culture and information and is an indispensable agent for nurturing peace and spiritual well-being of society. The role of Public libraries in national pride is unique and up to the mark.

To bring people out of poverty, unemployment, racism, and another form of discrimination and complexity of social and cultural life. The government should build libraries at the provincial and national levels. The librarians need to be aware of making simplistic assumptions with the help of informed decisions for the entire community.

Libraries drive the citizens through a visionary mind.They are excellent sources for collecting organizations and disseminating information that society accesses and uses to inform themselves with robust knowledge organized in the library. In short, the libraries are tangible assets for national pride.

Abid Hussain
The writer is a library officer at the Institute of Strategic Studies Islamabad. He can be reached at [email protected]

September 25, 2022
Karachi, the capital of Sindh province, is the economic hub of Pakistan with a population of over 20 million people. It requires special attention....