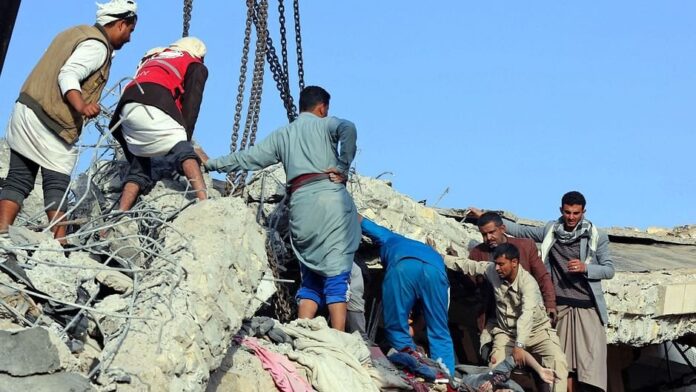 Yemen rebels threatened to ramp up their attacks on the United Arab Emirates on Monday after two ballistic missiles were shot down over Abu Dhabi, their second assault in a week.

The Houthi’s said they targeted Abu Dhabi’s Al Dhafra air base as well as “vital and important” locations in the Dubai area.

The attack, which comes a week after three people died in a drone and missile assault on Abu Dhabi, “achieved its objectives with high accuracy”, rebel military spokesperson Yahya Saree said in a televised statement.

“We are ready to expand the operation during the next phase and confront escalation with escalation,” he added.

UAE authorities said they intercepted two missiles over Abu Dhabi, scattering debris over the city. They did not report any attack on Dubai.

Last week’s attack prompted a volley of deadly air strikes on Yemen, where the UAE is part of the Saudi-led coalition fighting the Houthi rebels.