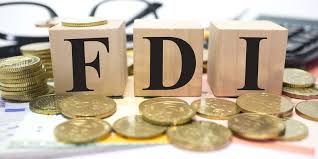 KARACHI: The Chairman of Businessmen Panel (BMP) of the Federation of Pakistan Chambers of Commerce and Industry (FPCCI) Mian Anjum Nisar on Sunday said that increase in foreign direct investment (FDI) in the first half the current fiscal year reflects the improvement in security situation.

In a statement issued here, he said that investors had started coming back to Pakistan as the country had attracted FDI of over $1 billion, up by 20 percent owing to the government’s efforts to create a conducive environment for investors. The country’s liberal policies offered one of the most attractive investment regimes in the region, anticipating that Pakistan might attract $2.5 billion in foreign inflows in fiscal year 2021-22, he added.

Mian Anjum Nisar said that lifting of Covid-19 restrictions across the world during the first half of the current fiscal year also encouraged foreign investors to press ahead with their investment plans for Pakistan. Moreover, he said, the revival of work on energy projects under CPEC drew investment in the power sector, which turned out to be the top segment in FDI inflows during July-Dec 2021.

Quoting the figures, he said that in Dec 2021, Pakistan registered a 29 percent year-on-year increase in foreign investment, which reached $219 million. The power sector, he added, topped the foreign investment chart as investment inflows amounted to $364 million during the half of the year, however, it was 36pc lower than the investment of $487 million in the same period of 2020.

The improvement in FDI came on the back of revival of ongoing projects under CPEC, particularly those that were related to the power sector, he said, adding that work on energy schemes had been halted due to the Covid-19 outbreak in China and then in Pakistan but during the past six months, activities resumed at full pace, which led to the flow of investment between the two countries. Lockdowns have been lifted by both sides and it bodes well for foreign investment flows, he said.

Mian Anjum Nisar said that despite some increase in foreign investment, the FDI inflows were not sufficient to fully offset the widening in the current account gap. He said that only political will and drastic steps can revive the economy, which should have grown significantly and constantly for visible impact.