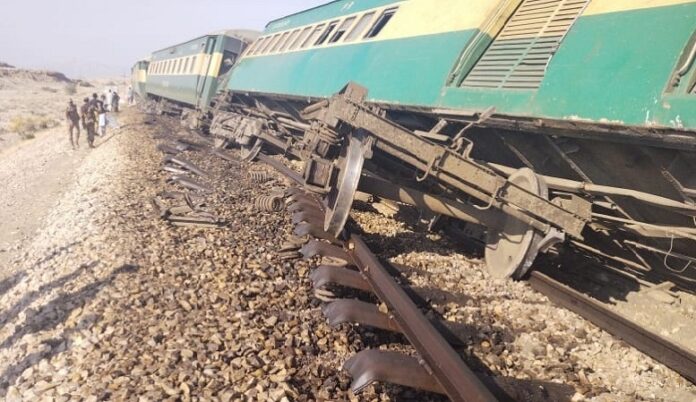 At least five people were injured on Tuesday when an improvised explosive device (IED) planted near a railway track in the Mashkaf area of Balochistan’s Bolan district went off.

According to reports, three bogies of Rawalpindi-bound Jaffer Express train carrying passengers from Quetta derailed due to the blast.

Pakistan Railways’ officials and rescuers along with a bomb disposal squad reached the site and started investigation about the nature of the blast.

The injured were shifted to a nearby hospital.

After the incident, the authorities temporarily suspended train service between Balochistan and other parts of the country.

In a statement, he said: “Targeting a passenger train is a cowardly and highly reprehensible act…. All resources are being utilised to maintain peace in Balochistan.”

He said those involved in the incident will not be spared, adding that security agencies are active and working round the clock for the eradication of terrorism from the province.

Earlier in November last year, at least 13 people were injured in a blast in Balochistan’s Kharan district.

The explosion had occurred shortly after a vehicle of security forces passed through the area. The bomb was planted in a motorbike, Station House Officer (SHO) Mohammad Qasim had said.