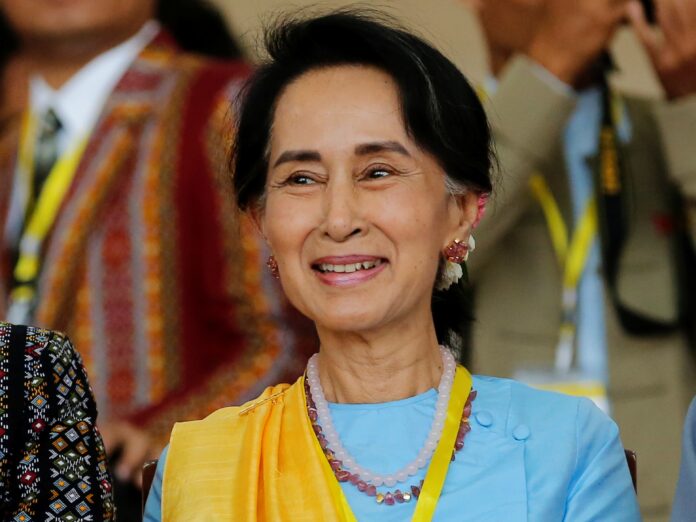 The Nobel laureate, 76, has been detained since the February 1 coup last year which triggered mass protests and a bloody crackdown on dissent with more than 1,400 civilians killed, according to a local monitoring group.

Suu Kyi is facing a raft of criminal and corruption charges — including violating the country’s official secrets laws — and if convicted of all of them could face sentences tallying more than 100 years of prison.

The charges were levelled against Suu Kyi on Friday afternoon and related to the hire, maintenance and purchase of a helicopter, the sources said.

Former Myanmar president U Win Myint was also hit with the same charges, they said.

In December, state newspaper Global New Light of Myanmar said the pair would be prosecuted for not following financial regulations and causing a loss to the state over the rent and purchase of a helicopter for former government minister Win Myat Aye.

He is now in hiding, along with other former lawmakers.

She was sentenced to four years in prison.

In December, she also received a two-year jail sentence for incitement against the military and for other coronavirus violations.

The six years of jail time will likely prevent Suu Kyi from participating in fresh elections that the military junta has vowed to hold by August 2023.

Suu Kyi is expected to remain under house arrest as the other legal cases progress.

Journalists have been barred from attending the special court hearings in Naypyidaw and her lawyers were recently banned from speaking to the media.

Her time in office was marred by her government’s handling of the Rohingya refugee crisis in which hundreds of thousands escaped to Bangladesh in 2017 as they faced rapes, arson and extrajudicial killings at the hands of the Myanmar military.

Before the coup, Suu Kyi was on the cusp of beginning another five-year term as the country’s de facto leader after the National League for Democracy won a landslide in November 2020 polls.

AFP sought comment from the Myanmar junta — which calls itself the State Administration Council.