How can OIC improve the security situation in South Asia?

There are two major humanitarian crises: the Rohingya and the Afghans 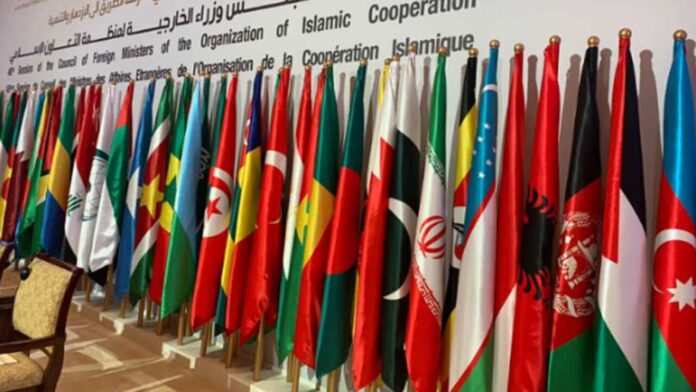 After World War I, the Ottoman Empire and the Caliphate fell apart, leaving a void. Consequently, the glory of once mighty Golden Age of Islam started to fade away- the Golden Era when Muslim Ummah or the entire Muslim community was at the pinnacle of intellectual and leadership supremacy. After a few decades the vacuum which was created after the demise of Caliphate was fulfilled by formation of the biggest organization for upholding and maintaining the dignity, independence and rights of the entire Muslim community. This institution formalized the unity of the then Muslim world under the banner pf the Organization of Islamic Cooperation, or OIC.

This 57-member organization appeared as a unified platform to safeguard Muslims and protect the interests of the Muslim world and promote peace and security. Since its birth, the OIC’s role as a guardian for the Muslim community has been commendable. On the other hand, the centre for global geopolitics has been shifted to South Asia in 21st century. That is why the OIC should put extra focus on the security condition of Muslim countries in South Asia, especially Afghanistan and Bangladesh. However, the nature of the crisis of these two countries are opposite in nature: Afghanistan witnessing dire humanitarian and economic downfall and Bangladesh hosting the world’s biggest refugee camp. In these conditions, OIC is expected to play a strong role to overcome the plight.

The looming catastrophe in Afghanistan has been exacerbated to an unprecedented degree, with 55 of the population facing hunger, and lack of shelter and other social services. More than 23 million are facing acute hunger, 9 million children are malnourished, and 3.5 million are forcibly displaced. This country was already reeling through drought as a result of never-ending conflicts and its crisis seems to escalate in the severe cold of the winter season.  With freezing temperatures expected to drop by minus 25°C, millions of people might be exposed to threats of starvation, famine, winter diseases and most unfortunate deaths. Even experts say that hunger and poverty following the Taliban takeover seems to kill more Afghans this winter alone than all the violence did during the past two decades.

In the very first place, the OIC, also “the collective voice of the Muslim world” should immediately collect aid from Muslim countries and distribute it among the Afghans. At the 17th extraordinary meeting of the OIC, the member states agreed to launch humanitarian assistance for this worst crisis-hit country. Pakistan is to be thanked for hosting this vital session. Now, the OIC should coordinate relief from other countries and distribute it among Afghans. Also, the OIC should make contact with the Taliban on a regular basis to administer the equal and proper distribution of relief materials.

The most essential responsibility of the OIC is now to use its influence over the Taliban regime to make them agree on building an inclusive government, that has “the full, equal and meaningful participation of women” and upholds human rights. The Taliban should acknowledge the necessity of educating its women and involvement of women in decision making for the welfare of the nation. By respecting the basic human rights, the Taliban could prevent the refugee exodus from Afghanistan.

But Myanmar should face continued pressure till the successful repatriation of millions of Rohingya refugees to Myanmar. Apparently, OIC has contributed a lot but there is still a long way to go. In recent times the Rohingya refugee crisis and repatriation are not getting much attention as the focus shifted to other issues, such as- Afghanistan security issues and the global environment crisis. The OIC should make sure that the Rohingya crisis never loses attention on international agencies

The OIC should also play a key role in making the Taliban cooperate with the international bodies and aid agencies to ensure proper distribution of the relief goods among the people. Additionally, it should cooperate with other agencies, like the United Nations, the World Bank, the Asian Development Bank to help diplomats and envoys restart working in Afghanistan.

What the Taliban need right now is to find an immediate political solution to combat the crisis and reform the economy. Last but not the least, the OIC should push the Taliban to ensure that terrorism and drug trafficking should not spill over to neighbouring countries.

Most Importantly, if Taliban want to be recognized, at first they should exhibit some qualities and worthiness of being recognized. The OIC should use its leverage on them to qualify themselves for engaging with the rest of the world.

Meanwhile, ever since Bangladesh welcomed the 1.2 million Rohingya refugees from Myanmar, she has been paying the price of her generosity. Despite many diplomatic efforts, the repatriation of Rohingya people has been lingering for quite long. The exodus of Rohingya refugees from Myanmar to Bangladesh created numerous strategic, economic and environmental issues as Bangladesh is already an over-populated nation. Nevertheless, Bangladesh continues to generously host the world’s largest and growing refugee settlement despite the huge burden on economy, food management, its limited resources and other circumstances. Even Bangladesh planned to relocate some of the Rohingyas to Bhashanchar to ensure better living standard for them through the Ashrayan 3 Project through its own financing.

With the backing of OIC, Gambia, an OIC member, volunteered to file a case against Myanmar at the International Court of Justice (ICJ) for the alleged genocide of the Rohingya in November, 2019. On January 23, 2020, the ICJ unanimously passed a resolution on protection of Rohingya refugees, preventing acts on genocide and killings. On the other hand, OIC countries commenced its fund-raising campaign in December 2020 and could donate $1.2 million to Bangladesh. All in all, OIC’s support in resolving the crisis has been commendable.

But Myanmar should face continued pressure till the successful repatriation of millions of Rohingya refugees to Myanmar. Apparently, OIC has contributed a lot but there is still a long way to go. In recent times the Rohingya refugee crisis and repatriation are not getting much attention as the focus shifted to other issues, such as- Afghanistan security issues and the global environment crisis. The OIC should make sure that the Rohingya crisis never loses attention on international agencies.

Bangladesh has always been an obedient member of the OIC, and promptly responded to the resolution of humanitarian assistance to Afghanistan at the OIC’s 17th extraordinary meeting with an announcement of providing aid through food and medical support. As pledged, the OIC should show solidarity with Bangladesh apart from playing a pivotal role in the Afghanistan crisis to improve the security situation in South Asia.