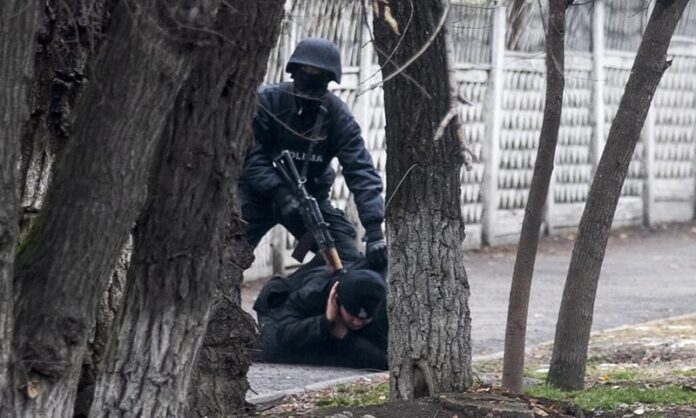 The protests in Kazakhstan are completely unjustified, and show what a namby-pamby bunch the Kazakhs are. Just imagine, they’re protesting over the rise in the price of liquefied petroleum gas, used mainly in vehicles. Now if we in Pakistanwere inclined to protest fuel price rises, I don’t think any government could stick around.

Gone are the days when a four-anna rise in the price of sugar was enough to bring down President Ayub Khan. That was over 50 years ago. In those days, that was a lot of money. To keep things in perspective, at the time of the 1857 Mutiny, the price of wheat in Delhi went up to an intolerable one rupee per maund (about 40 kg). If wheat sellers then had heard about the price today, they’d probably commit suicide.

Imran Khan is very concerned about the protests in Almaty. After all, the protests there are because the country is oil-rich. Actually, it’s not just oil-rich, but also has the world’s largest reserves of uranium ore. Not to mention  that it’s big and hot, which means a large area for solar power.

However, Imran will decide which side to support based von whether there are any accusations of corruption against the government. If there are, he’ll oppose it. Otherwise, he’ll support it.

His instinct is to favour it, because accusations of corruption can be flung around without any basis in reality. That hasn’t stopped Imran or the PTI, especially when making allegations about members of the Sharif family, but when Babar Awan and Aleem Khan were accused and had to resign, NAB vindicated them, and showed that if you were in the PTI, accusations were false, and probably made by Nawaz supporters just to muddy the waters.

I mean, look at the so-called foreign funding case. No Indian or Jewish donos turned up (well, not many, anyway). Well, it has become clear that thePTI has got a bad book-keeping problem. Instead of making Sabbar Zaidi CBR Chairman, the PTI should have made him work at straightening the party’s books. The mistake that Fawad Chaudhry sayus was made, about hundreds of millions of rupees, was probably the fault of aulty book-keeping, not the ECP. Someone should have told Imran that when an organisation grows beyond a certain size, you can’t keep its accounts on the back of an envelope, with a borrowed lead pencil.

Of course, Imran was right to say that the ECP should go after the PML(N) and the PPP next. I would be very disappointed if Ishaq Dar couldn’t produce an impeccable set of books. A Former Finance Minister, Miftah Ismail, actually has a doctorate in Accounting, so he could be roped in. I don’t know how the PPP will fare. Its Finance Ministers, Hafeez Sheikh and Shaukat Tarin, have gone to the PTI, and if they couldn’t do its books, then who could?

I wonder there’ve been no audios leaked in this case.Like a tape showing that the Chairman ECP had been ordered by somebody to make sure Imrab got off the hook. Or one showing that it was Nawaz who made sure the PTi had to wiggle on the hook like a fish that had been caught. I wonder if anyone believes that Maryam Nawaz said what she said to Pervaiz Rashid,even though she has confirmed that it was correct. There’ve been so many audio leaks, it’s impossible to keep track of them, let alone make any pronouncement about their veracity. Of course, the question does arise whether the recording was authorized. But so long as the national interest is upheld, who cares?

What was not recorded was the last words of any of those who died on the way to Murree, in what must be one of the weirdest episodes in the history of tourism. That the Information Minister had touted increased tourism as proof of how well the government was doing, brought a ton of obloquy on his head, enough to make an honorable man wish he had tried to get to Murree