Another Muslim lynched by Hindutva mob in India’s Bihar 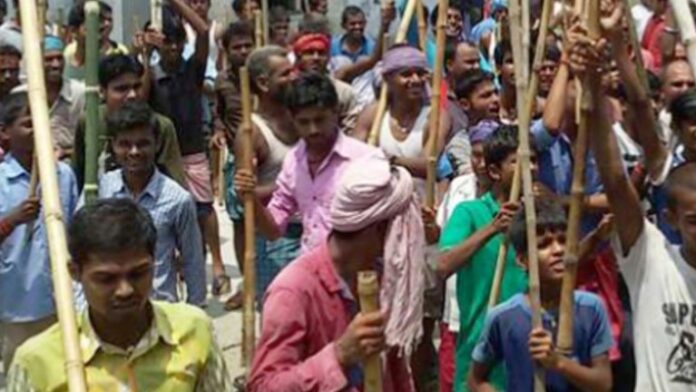 PATNA, India: A Muslim man was lynched by a Hindutva mob after accusing him of stealing cattle in Araria district of the Indian state of Bihar.

Muhammad Siddiqui, 52, was lynched by a mob at Bhawanipur village in the district on Wednesday allegedly for stealing cattle. However, the incident came to light on Friday after a video of the assault went viral on social media.

Muhammad Siddiqui was beaten up with sticks and fists and he succumbed to his injuries, said Fulkaha police station Inspector, Nagina Kumar.

He also said an FIR has been lodged against unknown persons, adding that no arrest has been made yet in the case.