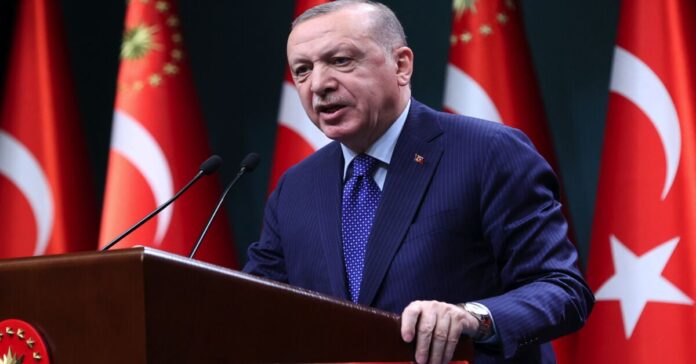 I send this open letter to you because it pains me to see a country like Turkey, which could have reached the pinnacle of power and influence, envied by her adversaries and revered by her friends, has fallen into disgrace, thanks to your corrupt and misguided leadership.

I admired you when you first rose to power, for the vision and the statesmanship you displayed. Within a few years, you had almost transformed the country as you introduced economic, social, judicial, and political reforms, all unprecedented in Turkey’s history.

You became the beloved leader to your countrymen, lifted many of the poor from their misery, gave hope to the young, safety to the elderly, and self-esteem to the working class. Academia and higher learning flourished, businesses prospered, public institutions grew and progressed, and human rights were protected. Political divisiveness gave way to unity of purpose, minorities felt safe and secure, and Turkey’s prospect of becoming a true democracy was all but assured.

Zero problem with neighbors was no longer a mere slogan. Your Western alliances were strengthened, trade with countries near and far exponentially expanded, and good relations with East and West became the success story of your foreign policy. The EU opened the door for Turkey ever wider, and the prospect of integration was no longer a dream but a goal within reach. Turkey’s friendship with the United States was greatly solidified, and its membership in the North Atlantic Treaty Organization made Ankara vital for the security of Europe. As a bridge between East and West, Turkey’s location and geostrategic importance became ever more treasured, and under your incisive leadership, Turkey emerged as a rising star respected by the community of nations.

But then what happened?

Your hidden desire to acquire absolute power has finally come to light. You sought the presidency but with expanded powers, paving the way for a dictatorship to which the parliament under the control of the AKP has foolishly acquiesced, without grasping the far-reaching implications of their misguided action.

Granting you unlimited power has changed the trajectory of Turkey – not to greatness but to ever-growing depravity and decline. Blinded by the powers you have usurped, you decided that the time has come to execute your wicked agenda, making a U turn to the utter dismay of your people.

Many scholars and pundits have been speculating about your unfathomable change of direction. But there are two overarching explanations—your lust for ever more raw power and your Islamic zealotry that you are bent on promulgating and using as a tool in pursuit of your menacing plans. You believe that only one-man rule, provided it is you, can restore the dubious glory of the Ottoman era.

You raised the banner of Islam as the guiding rod, only to subjugate your people to your false piety. You have sacrificed the best of what Turkey has to offer on the altar of your perverse ego. Ruthlessness, brutality, cruelty, retribution, and arbitrary use of terrorism laws became your weapons of choice, wielding them with a vengeance against your perceived enemies with no mercy, no compassion, and no remorse, but with joy and pride.

You are leading a country whose star is fading, with a despairing and despondent populace. A country in retreat, with no prospect of recovering as long as you are at the helm of power.

You needed to concoct a cause to justify your rampage against every individual and institution that you deemed to stand in your way. The 2016 failed coup you contrived was heaven sent by your own account. You needed a scapegoat, and FetullahGülen was there to incur your wrath. You accuse him of being behind the botched coup, though you never produced any evidence to support your dishonest claim.

Look what you have done to your people: investigated countless law-abiding citizens, and incarcerated tens of thousands of innocent people and tortured them to force out confessions for crimes they never committed. You jailed women with their children, subjecting them to desolation and excruciating pain. You regularly assaulted your Kurdish minority, arrested their notables and intellectuals for alleged link to the PKK, and civil and political rights, once secure, have now become fair play.

You shut down the free press and imprisoned scores of journalists. You institutionalized discrimination against Christians and other “undesirable” religions. You hunted down every suspected follower of the Gülen movement in and outside the country, violated every code of human rights, and robbed your countrymen of their dignity. You are choking them; they cannot breathe, they live in fear and uncertainty, and nothing but a bleak future awaits them. You have shattered what’s left of Turkey’s democracy, and now you stand accused of crimes against humanity.

The education and healthcare systems are crumbling. The country’s economy is in tatters: the Turkish lira is at an all-time low, inflation stands at 20 percent, and unemployment has reached 15 percent. All the while, you invested billions of dollars in foreign adventures providing a mixture of economic aid and military assistance to expand your ill-fated influence, building mosques and sending imams to preach your gospel and advance your twisted Islamic agenda.

You do not hide your bold neo-Ottoman foreign policy, trying to project your power from the Persian Gulf to North Africa and the Red Sea, from the Balkans to the Caucasus and Central Asia, regions that were once dominated by the Ottomans. You betrayed your European allies, cozying up to and purchasing an air defense system from the West’s foremost adversary—Russia—thus compromising NATO’s intelligence-sharing and technology of which paradoxically, Turkey is a member.

You do not respect international law, and blatantly ignore UN resolutions. You are determined to emerge as the leader of the Sunni Muslim world, all while alienating one country after another. Instead of “zero problem with neighbors,” you ended up having problems with every neighbor.

As you eye 2023, the hundredth anniversary of the Turkish Republic, waiting breathlessly to preside over the celebration, perhaps you should look back and ponder. Where does Turkey stand today, and what will her fortunes be come tomorrow?

You are leading a country whose star is fading, with a despairing and despondent populace. A country in retreat, with no prospect of recovering as long as you are at the helm of power. You have shattered your people’s dreams, robbed them of their freedom, denied them their day in court, degraded their way of life, and rendered the young hopeless and the old despairing, leaving them with little prospect to grow and prosper while stamping on their pride.

Your dream of surpassing the legacy of Turkey’s founder, Mustafa Kemal Atatürk, is just another one of your illusions. By your blind ambition and disastrous domestic and foreign policy, you have squandered a historic opportunity to make Turkey a respected and influential power. Sadly Mr. Erdogan, when you leave the political scene, it will be with a public mixture of contempt and relief, not with the reverence that was bestowed on Atatürk for a century.

I do wish, Mr. Erdogan, that you wake up to the harsh reality and choose to redeem yourself, by making another U-turn for your country’s sake and reversing your disastrous domestic and foreign misdeeds. But then again, at this point, that too may well be an illusion.

The sentence “Constitution is an organic document that is to be interpreted with a mind to the future generations to come” is one of...
Read more
- Advertisment -